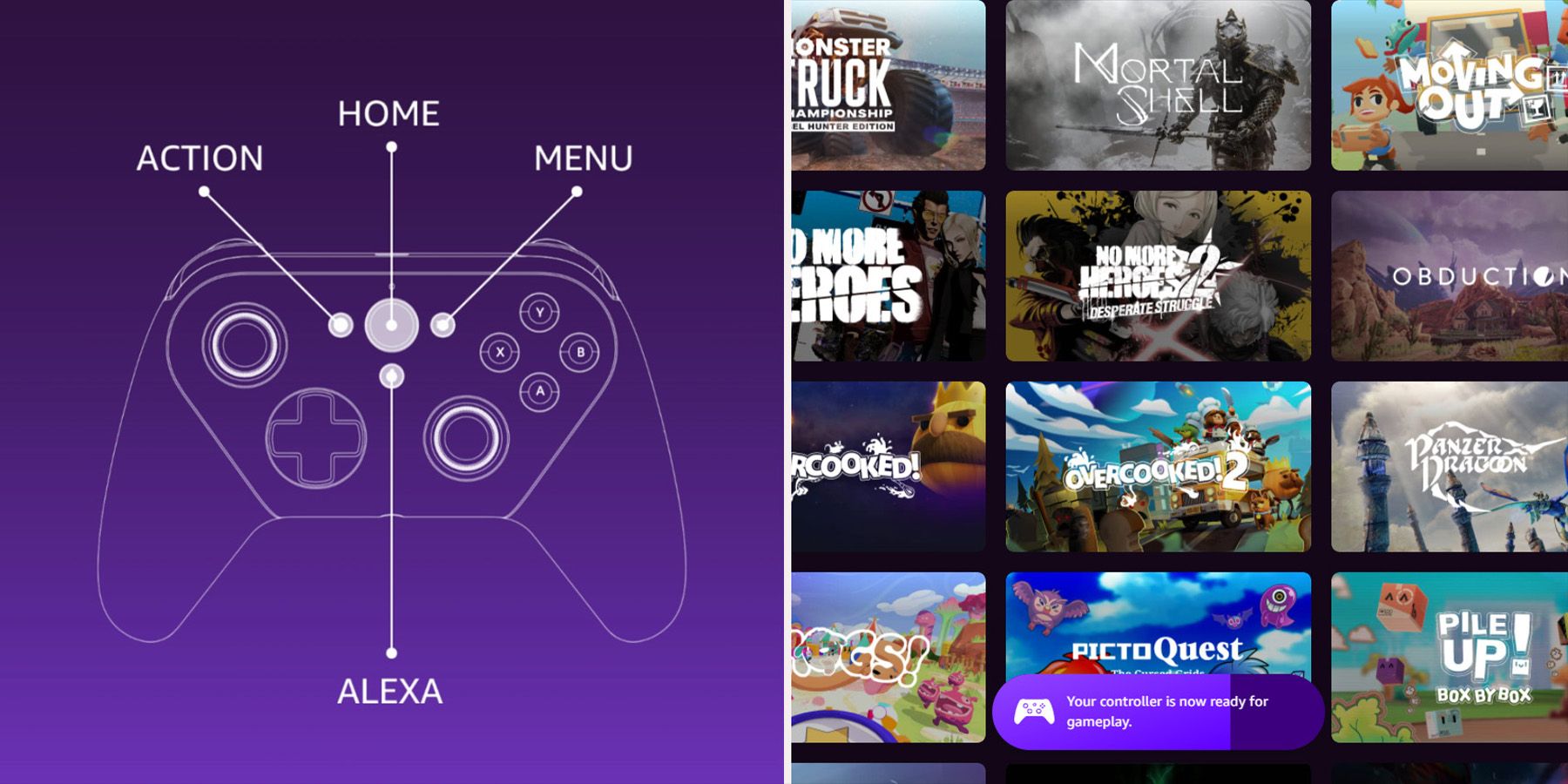 What controllers can you use?

Amazon Luna has officially joined the streaming market, giving people access to a wide range of games spread across different channels. Ease of use is a major selling point of cloud gaming, as a user doesn’t need a high-end PC or a PS5 to access Amazon Luna’s library. It’s the ultimate pick-up-and-play gaming service.

However, subscribers will need a controller or input device to use Amazon Luna, whether they’re streaming through their PC or Fire TV. here are the controllers confirmed to be compatible with Amazon Luna.

RELATED: What is Amazon Luna?

Amazon Luna has an official controller, designed to take advantage of the cloud gaming service’s portability. In addition to supporting Bluetooth and USB connections, this controller is primarily marketed as a wireless option that connects to Amazon Luna over Wi-Fi. This service is called live cloud.

Here are some important things to know about the Amazon Luna controller:

For Amazon Luna Controller to work, subscribers will need to download the Luna Controller app from the Apple Store Play Store on their mobile devices. Once the app is installed, players can configure their controller to take advantage of Cloud Direct, which is Amazon’s recommended connection method.

While the Amazon Luna Controller can be said to improve the overall experience, the device is by no means required to enjoy the service. Accessibility is a big part of the cloud gaming movement, so it makes sense that Luna tries not to restrict subscribers when it comes to their selection of controllers. However, currently only a handful of input devices are fully supported by Amazon Luna.

No one said Amazon Luna only works with a controller. PC and Mac users can stick with their keyboard and mouse setup if they prefer, and there are some games, such as hard reset redux and Shadow Tactics: Blades of the Shogunthat could benefit from the extra precision provided by a pointer.

Of all the possible input devices, PC owners are probably the most likely to own an Xbox controller (besides the keyboard and mouse, obviously). Amazon Luna specifically mentions that it is compatible with the Xbox One controller, and the third-party device connects to the service effortlessly.

Once the Xbox One controller is connected via Bluetooth or USB to the computer, players simply launch the Luna app or visit its Amazon page on a compatible browser. To confirm that Luna recognizes the controller, go to Settings → Controllers and the device should be listed under Controllers available.

RELATED: Amazon Luna: How to Use Luna Couch to Play Local Co-Op Games

The only other third-party controller confirmed to be compatible with Amazon Luna is the DualShock 4, which should sync with the service seamlessly. This can be done via Bluetooth or a USB cable, and the DualShock 4 should appear in the same menu as the Xbox One controller.

What about other controllers?

The Luna, Xbox One, and DualShock 4 are the only controllers that shouldn’t have any issues with Amazon’s service, but other input devices may still work. For example, an Xbox 360 controller was tested for this article and it worked fine with Luna.

Other third-party controllers are unpredictable, as they may lack certain functions needed to be fully compatible with Amazon Luna. Basically, if anyone has a controller available, they should try it before buying a DualShock 4.

Mark Sammut grew up on the PlayStation 1 and has been playing games ever since, although he’s no longer limited to just Sony consoles. Whether it’s RPGs, shooters, platformers, or fighting games, Mark’s area of ​​expertise spans a wide range of genres and topics. It also goes beyond video games, extending to mediums like anime and film.

2022-03-10
Previous Post: 7 slopes not to be missed
Next Post: Cargill sells its feed and premix formulation software business