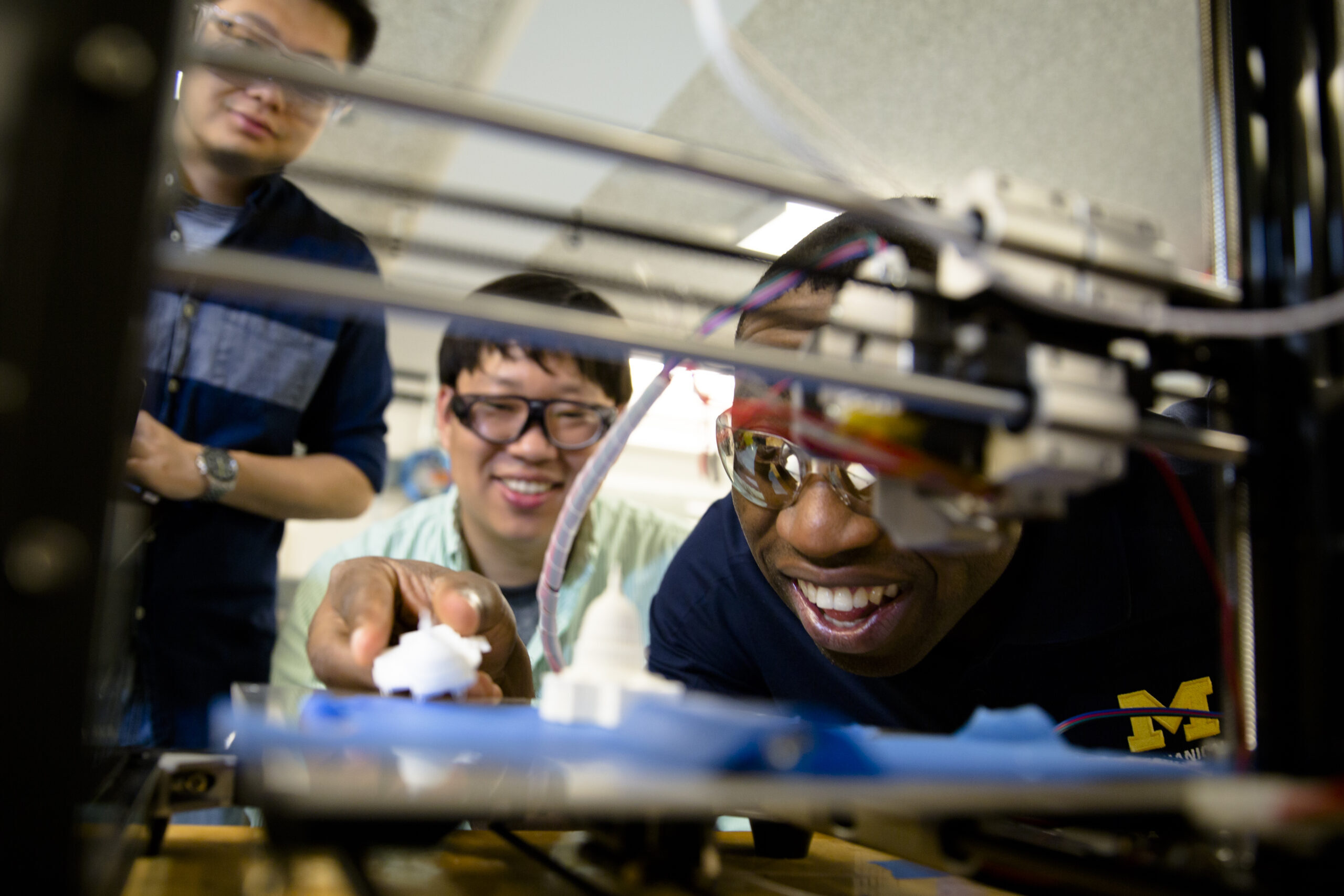 Vibrations during 3D printing slow down the process or warp parts, but new software could allow manufacturers to maintain speed without sacrificing precision.

The product, invented at the University of Michigan and developed by spin-off company Ulendo, was launched at the largest additive manufacturing conference in North America, the RAPID+TCT conference.

The software essentially acts as a translator between the commands that would print the part in a perfect world and how the machine should compensate for vibrations in the real world. This works for printers that mechanically move a printhead.

“If you want to reduce the vibrations of a moving object, most of the time you can do it by slowing down. But since 3D printing is already very slow, this solution creates another problem,” said Chinedum Okwudireassociate professor of mechanical engineering at UM and founder of Ulendo. “Our solution allows you to print quickly without sacrificing quality.”

As a result, printers could double their speed without consuming much more power, which could also lower the cost per printed part.

Ulendo software is called FBS, which stands for Filtered B Splines. This technical name refers to the mathematical function used by Okwudire’s team to translate the commands of the machine from the ideal expectation into commands that would compensate for the vibrations of the 3D printer.

Chinedum Okwudire and students from his lab at the University of Michigan demonstrated an early version of FBS software in 2017. Credit: Evan Dougherty, Michigan Engineering

“Suppose you want a 3D printer to move in a straight line, but due to vibrations the motion is moving upwards. The FBS algorithm tricks the machine into telling it to follow a downward path, and when it tries to follow that path, it moves straight,” Okwudire said.

Okwudire began thinking about software solutions for vibration while working in industry with a vibrating high-precision tool milling machine. His team couldn’t stiffen the machine to avoid vibration, so they had to slow it down.

Beginning at UM as a professor in 2011, Okwudire had the freedom to design software that could overcome machine vibrations. Then in 2017, a mechanical engineering graduate student in Okwudire’s lab implemented the software on a 3D printer.

When the search has been underlined by a Youtube video, commentators highlighted the solution market, and Ulendo was born thanks to innovation partnerships at UM. Much of the business development was funded by an MTRAC grant from the Michigan Economic Development Corporation and a Small Business Innovation Research grant from the National Science Foundation.

“Members of the 3D printing industry have the same jaw-dropping reaction I had when I first heard about how this technology translates to a printer working twice speed and 10x acceleration,” said Brenda Jones, CEO of Ulendo.

Okwudire and his team will work to extend the algorithm to other types of machines, including robots, machine tools and other types of 3D printers. To FAST + TCT, he will also present the latest technology from his laboratory, SmartScan. This software intelligently moves a laser beam to prevent warping due to heat buildup in parts printed by powder bed fusion, a technique that fuses powder into 3D printed parts.

The University of Michigan has a financial interest in Ulendo.