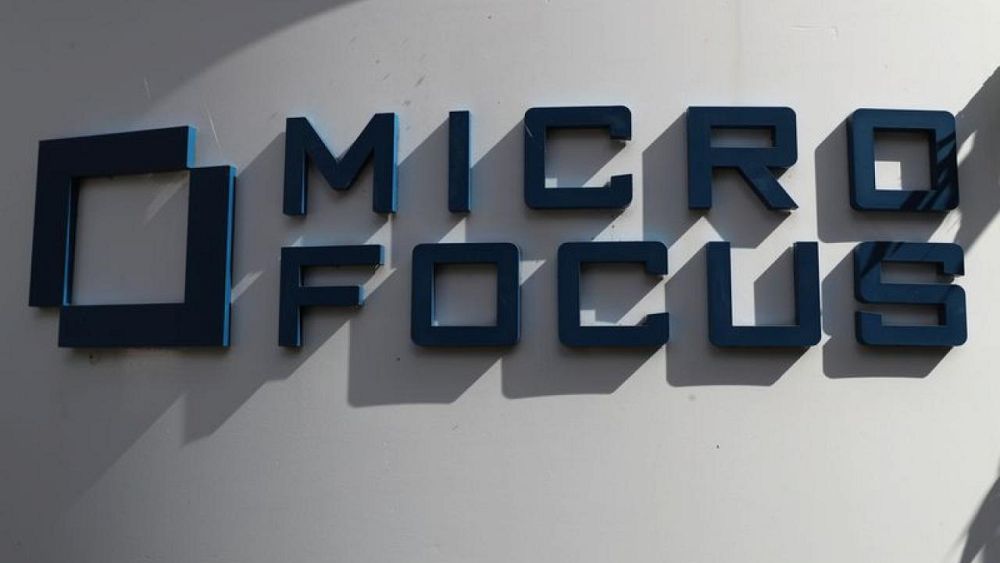 By Eva Mathews and Krystal Hu

– Shares of Micro Focus soared more than 90% on Friday after Canadian software company OpenText agreed to buy the enterprise software maker in an all-cash deal valuing the British company at 6 billions of dollars, debt included.

In a bid to expand its enterprise information management business, OpenText said on Thursday it would pay 532 pence ($6.30) in cash for each Micro Focus share, a 98.7% premium to the Micro Focus’s closing price on Thursday, giving the company a market capitalization of around $2 billion.

Shares of Micro Focus soared to an over-year high of 518 pence in early trading.

The British company said it considered the terms of the agreement to be “fair and reasonable” and would recommend that shareholders vote in favor of the acquisition, according to Thursday’s joint statement.

Newbury, Berkshire-based Micro Focus has $4.4 billion in debt on its balance sheet, according to its latest earnings report.

OpenText will fund the deal by raising $4.6 billion in new debt, $1.3 billion in cash and drawing $600 million from its existing revolving credit facility.

In a call with analysts, OpenText chief executive Mark Barrenechea said the company can stabilize Micro Focus’s business and accelerate its transition to the cloud.

Micro Focus helps customers maintain and integrate legacy computing technologies, a business it has developed by acquiring legacy technologies such as core computing software used by banks, retailers and airlines.

OpenText, one of Canada’s largest software makers, said it expects cost savings of $400 million after the deal closes. The agreement will be subject to regulatory approval.

The company’s U.S.-listed shares fell 4.8% in after-hours trading on Thursday.

Barclays served as financial advisor to OpenText on the deal, which is expected to close in the first quarter of 2023.

2022-08-26
Previous Post: Dafni Filippa: “What if the drawings were provocations?”
Next Post: UMB donates 30 computers to Mikaddo Suhyen ICT Center