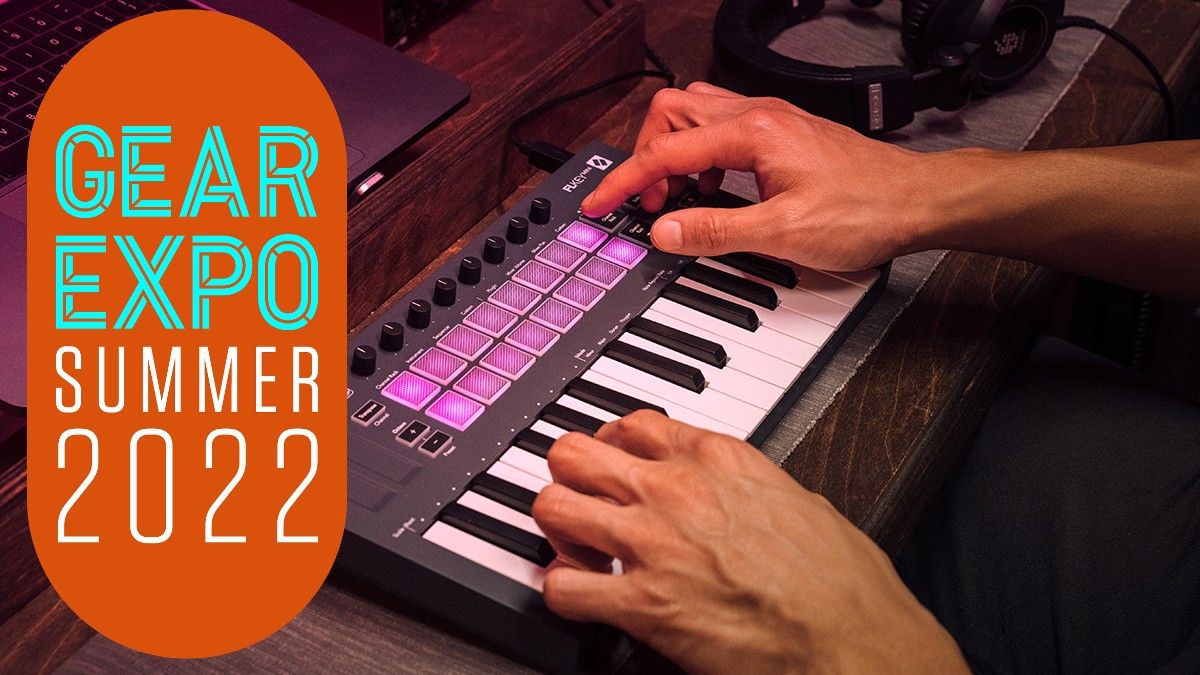 The hottest new MIDI controllers for 2022

GEAR EXPO SUMMER 2022: It’s time to take control of your music in 2022. Don’t settle for an old synth or look like you’re reading your email the next time you take the stage. Give yourself a new look and a new way of working.

Modern MIDI keyboards not only offer the keys you need, but also often include drum pads, as well as plenty of assignable knobs and sliders to tweak the parameters you use most often. Customize sounds and work faster and smarter than ever.

And why not leave the mouse at home and put some real performance into your gigs with controllers custom-designed to work with your favorite software? Once equipped, there is no going back. Here is our selection of the best.

Considering the number of MIDI keyboards released over the years, it seems remarkable that the new Launchkey 88 is the first piano-sized controller Novation has ever released.

This new model takes the best features of the smaller Launchkeys (Mini, 25, 37, 49 and 61) and combines them with a “premium” semi-weighted keyboard that sets it apart from the rest of the range. In fact, it promises Novation’s best key mechanism yet, said to be the result of meticulous refinement and testing.

Other features include 16 velocity-sensitive pads, an arpeggiator, Scale mode (to keep your playing in key), and three Chord modes that let you trigger complex chords with just one finger.

Launchkey 88 also promises deep integration with various DAWs – Ableton Live, Logic Pro and Cubase to name just three. For others – like Studio One, Pro Tools and Reaper – you get mixing, transport and navigation controls via the HUI protocol.

If you thought you had seen the last of ROLI and its Seaboard line of controllers, think again, because now we have the prospect of the Seaboard Rise 2.

Launched in 2015, the Rise was a more affordable version of ROLI’s full-size Seaboard MPE controller, but it’s been off the market for two years. The new version is said to be easier to play, more durable, and comes with a better software bundle.

Perhaps the most significant improvement over the original Rise is the Keywave2 silicone playing surface, which provides “frets” that allow players to more accurately judge the position of their fingers on each key. This new surface is said to make the Rise 2 more playable than its predecessor and easier to master for standard keyboard players.

Rise 2 also offers a new platinum blue anodized aluminum chassis, giving it a more contemporary look. The build quality is also said to have been improved and you now have standard MIDI and USB-C ports to ensure maximum compatibility with your software and hardware instruments.

CME, however, does not hide the fact that its SWIDI keyboard is “inspired by Behringer”… but that’s not all.

Originally launched as a joke (we’re not kidding), the product that SWIDI looks like – Behringer SWING – is itself very similar to Arturia Keystep, so you could almost call it a “clone of a clone”. What Arturia will do with it remains to be seen, as it’s fair to say he wasn’t particularly happy when SWING broke the cover.

Either way, SWIDI combines a 32-note MIDI keyboard with a 64-step sequencer. It outperforms both SWING and KeyStep by offering Bluetooth MIDI, and its compatibility with CME’s WIDI technology means SWIDI can be used to control up to four wireless devices. You can also create up to four MIDI configurations.

SWIDI comes with a wireless charger and can be recharged in two hours. It then offers up to eight hours of operation.

Learn more about the CME (opens in a new tab) website. SWIDI can be pre-ordered for $79.

Squarp Instruments is once again up to its hardware sequencing tricks with the launch of Hapax, which promises “all the tools you need to compose songs in the studio and perform them on stage”.

To be honest, calling it a “hardware sequencer” is actually a bit unfair: it’s also an MPE-compatible isomorphic keyboard and chord generator that offers built-in piano roll and automation editing. It can handle two projects simultaneously, so you can load a second one during playback, each offering 16 tracks and eight patterns per track. Each track also has access to eight real-time MIDI effects.

There’s plenty of connectivity – MIDI I/O, CV and Gate Out and USB – meaning Hapax should be able to control just about all your studio gear, while projects can be saved to card. SD.

Hapax is currently out of stock, but is available out of stock for $979 / €864, with expected delivery in September 2022. Learn more on the Squarp Instruments website.

Novation introduced the FLkey Mini and FLkey 37, its first dedicated MIDI keyboards for FL Studio. These fully integrate with Image-Line’s DAW and promise “smooth music production and an intuitive workflow”.

FLKey provides direct access to the mixer and step sequencer, as well as channel rack playability from the pads. You can also control instruments and automation, browse Image-Line plugin presets, and assign custom commands.

As you’d expect, FLkey Mini is the more portable of the two keyboards. This features 25 mini-keys in a compact package, while the FLkey 37 features a full-size 37-note keyboard. It also offers more features, including channel rack control, fixed chord mode, and user chord mode, which allows producers to play custom chords with just one finger. Scale Chord mode, on the other hand, lets you play preset chords in eight different scales directly from FLkey’s pads.

FLKey and FLKey Mini cost $200 and $110 respectively, and you can find out more on Novation’s website.

No more mini goodness keys, and with the Impact LX MiniNektar managed to create a more complete controller than most while still inside this backpack.

The LX Mini manages to pack in 25 mini keys, eight drum pads, eight knobs, a large volume knob, two built-in hardware arpeggiators (one for keys, one for pads), a joystick for pitch/modulation control , and even a sustain pedal input.

It’s even pre-mapped for Live, Logic, Cubase, Studio One, Bitwig, FL Studio or Reason so you can take control in no time.

The LX Mini has labeled knobs for popular parameters (cutoff, resonance, etc.) on the default page and turning off the user page you have a second set of eight knobs available to you. All assignments can be easily changed and stored.

Most notable is the Part 2 performance feature. Part 2 is designed for momentary configuration changes, controlled by two dedicated buttons that can be used to instantly transpose the keyboard up or down, switch to a another MIDI channel or layer another sound – just release the button and you’ll be back to your original set up.

The arpeggiators are great fun too, with the eight knobs providing real-time access to all parameters such as Rate, Arp Mode, Swing and more. Since you have one engine for the keys and one for the pads, you can run two different arpeggiators at the same time, either on the same MIDI channel or for different instruments. It is therefore very easy to come up with inspiring and new lines that go beyond the cliché.

Learn more about the Nektar (opens in a new tab) website.