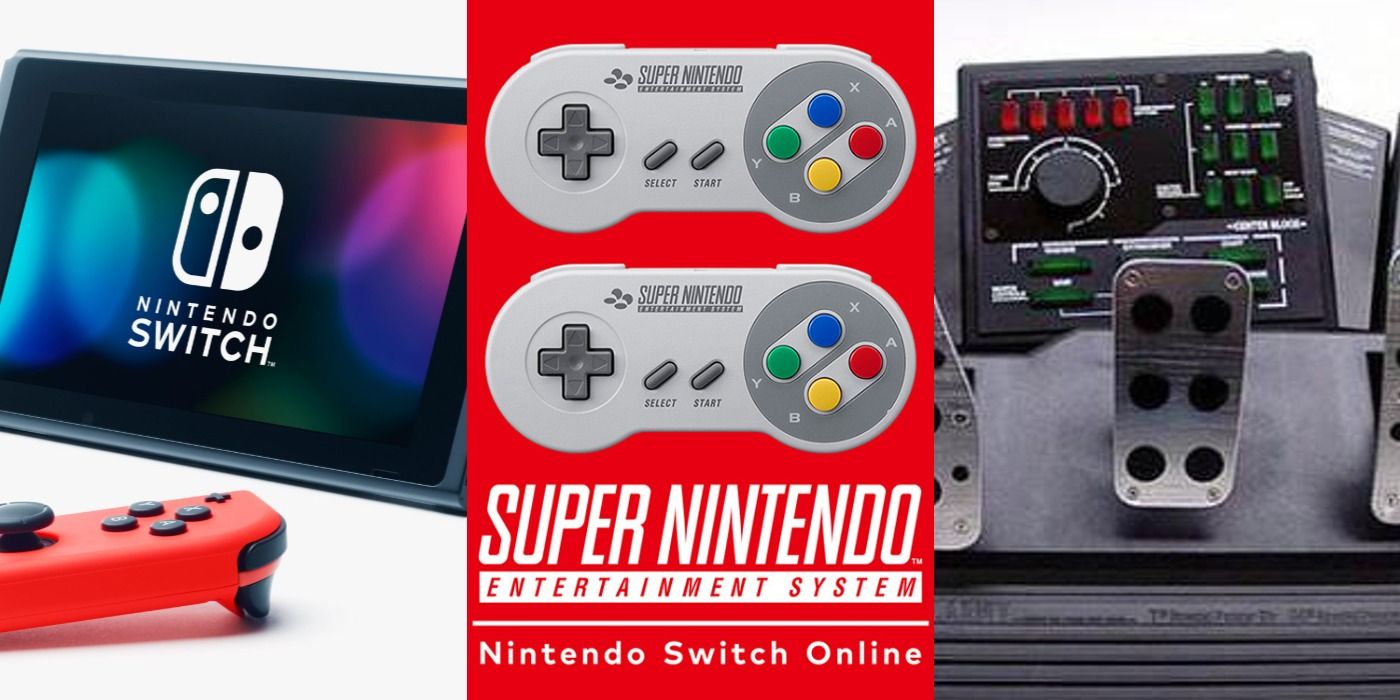 The 10 Best Game Controllers of All Time

Controllers make the gaming world go round. The recent release of the Steam Deck, alongside the continued innovation around other consoles available, raises the question of what is the best controller ever? There are many answers given that these controllers all bring something different to the story of the industry.

Whether they changed the course of video gaming forever or are just perfect for gaming, these controllers have continued to help gamers feel even more connected to the titles they experience. While there are of course downsides to some of these devices, they ultimately have some unique features that cannot be ignored.

VIDEO OF THE DAY

The latest iteration of the DualSense controller, which accompanied Sony’s PlayStation 5, has truly helped revolutionize gaming. From haptic feedback and advanced vibration to using a touchpad and even an integrated speaker, there is something so immersive about this device.

It’s gameplay enhanced, especially with small touches like adaptive triggers, and interacts seamlessly with the console. It’s incredibly intuitive to use and fits perfectly in the hand. Even the battery life is among its impressive specs, with the wireless device seeming to last much longer than its predecessors. The range of looks for the controller shouldn’t be overlooked either.

Everyone had a Wii when the Nintendo console was first released. This marked the next step in the company’s gaming history and there are many brilliant games that continue to sell even today. Part of that success, however, can be attributed to the remote control and Nunchuk combination.

The wireless elements and sensor control were genius moves, with the interactivity of the device truly revolutionary for video games. It popularized unique technology and was fully customizable to match the game being played. From the shuttlecock to the tennis add-ons, they seamlessly added to the gaming experience.

The original PlayStation controller should not be overlooked. It may be early in Sony’s console development timeline, but it paved the way for everything to come. From its basic looks to the technology working inside the device, it helped redefine the controllers that would come to the fore.

Some still swear by the PS1 device and while it may have aged badly overall, the intuitive nature of the button designs themselves will always set PlayStation apart from the competition. Gameplay was much easier here than on most retro consoles, thanks to this invention.

The initial Xbox controller wasn’t perfect. The Xbox 360 brought several improvements. The Xbox One managed to get this first design. It felt much better to use, had several cool features, including a better-placed d-pad, and boasted the best vibration technology to date.

It’s also a sleeker, minimalist design and the controllers feel better for longer gaming sessions. Convenience was key, and the controller also managed to conserve battery life, so the wireless feature wasn’t just a marketing tactic. The different Xbox One controller skins and colors have made the device a bit more personal for gamers.

No matter how difficult some SNES games are, the Super Nintendo Entertainment System controller has such an important place in Nintendo and gaming history because of the precision with which it allowed those games to be, in s pressing the NES. Looking back, the design seems so basic and almost boring.

Yet the SNES also has the makeup of many controllers in modern games; even if it looks a bit different. The flat device was much easier to hold and used a directional pad and six buttons, including select and start, as well as multiple bumpers! What more could SNES consumers ask for? It’s such a classic that fans are now buying the device to use with the Nintendo Switch!

Whether you’re using the Xbox Series X with its great backwards compatibility and gorgeous modern builds, or maybe even PC gaming, the Xbox Elite Series 2 Wireless Controller is probably the best piece of equipment Microsoft has created. For starters, it’s completely breathtaking to watch.

It’s the next level Xbox One controller, with an even more comfortable design and newly redesigned components. Adjustable-tension handles, a rubber grip, and shorter trigger locks are just the start. Personalization is so important here and the built-in microphone is second to none.

The Switch’s controller is a brilliant design, but for those who don’t use the Joy-Con, the Pro Controller is a must-have. It takes advantage of the designs seen by other major competitors and puts its spin on the concepts. The result is a brilliant look at how to play some of the best Switch games alternatively.

It feels like a different experience, with dual thumbsticks, a d-pad, and multiple buttons mimicking the Joy-Con setup but in a singular construction. The addition of motion controls and HD rumble means using the Pro Controller won’t miss out on the benefits of regular Switch devices. He looks a little suave too.

The Joy-Con pair looks like a step up from the Wii controller. Not only does it connect to the Nintendo Switch display, but it can be taken apart and used individually, or together in a singular build. With so many options available, even the color palette has been expanded to please fans.

The fact that they can be used face-to-face or turned sideways, with the motion sensors still working alongside the HD rumble, is truly remarkable. They don’t always feel perfect in the hand, although the extra bumpers and straps just add a bit more hold. It will be interesting to see how the highly anticipated Switch releases interact with the controller.

A much older device in the timeline, the SEGA Mega Drive 6-Button Controller is still seen with rose-tinted bezels. Its legacy cannot be overstated and there is something so nostalgic about the odd appearance of this beastly device. The curved shape of the room was a genius choice.

While of course not wireless, the way the buttons are located with the piece, with all 6 buttons in a row, was an interesting take on a now familiar format. The way the d-pad was lifted from the rest of the control also added a range of mobility that just felt satisfying. Only downside, some games did not use the 6 buttons!

The Mega-Jockey-9000 will be an unfamiliar controller to most. The device was designed for use with consoles like the Xbox and was created with Capcom to accompany the release of the game mech Steel Battalion. It’s a strange piece of video game history.

The device is massive, with the creators aiming to create a truly realistic experience by sitting in the cockpit of one of their robots. It’s an idea that could be brought back in the future, especially when combined with VR technology or other simulation titles. Overall it didn’t sell very well and there were way too many buttons, but there’s something pretty exciting about the setup and it really worked!

NEXT: 10 Best Video Game Soundtracks Of All Time, According To Ranker

Graduated in politics, freelance writer and passionate about cinema. If George isn’t lecturing someone about the history of the MCU, he’s probably complaining about the political ramifications of Boris Johnson’s latest hairstyle.