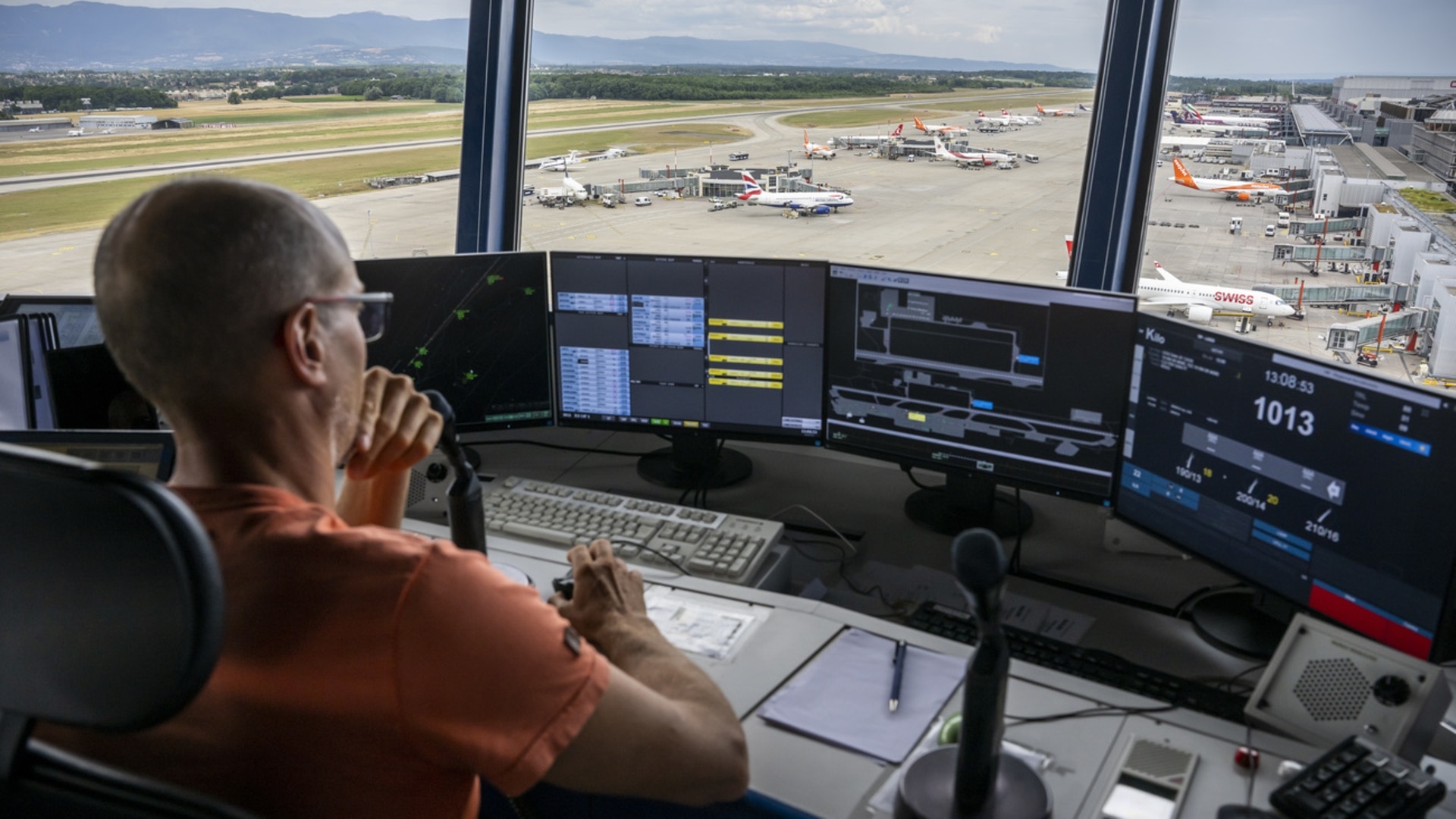 “This is a general trend in Europe, but it is particularly pronounced in French-speaking Switzerland”, specifies Skyguide.External link boss Alex Bristol on Thursday.

To make the job more attractive, Skyguide, which this year celebrates 100 years of air traffic control in Switzerland, has doubled the salaries of first-year trainees from CHF 2,000 ($2,100) to CHF 4,000 per month.

Pierre-Etienne Lévêque, head of the West Air Navigation Services Centre, said the lack of interest was sometimes due to an indifferent younger generation or language problems. The first year of training takes place in English in Dübendorf, just outside Zurich. The training spans nearly three years.

Regarding the technical issue that affected Skyguide’s system on June 15 and led to the brief closure of Swiss airspace, Bristol said investigations were ongoing.

“But at this point, it’s clear that the problem was caused by a switch with bad data,” he said, adding that it was definitely not a cyberattack. “We know what happened and how we need to proceed so that something like this doesn’t happen again.”

Bristol regretted the damage to the image of the company and the consequences for passengers, but he stressed that the supervisors had reacted in an exemplary manner when they had noticed an anomaly at 3:30 am. “Data was missing from the flight schedules. Not knowing the extent of the problem, they did not hesitate to halt air traffic for safety reasons,” he said. Flights resumed at 8:30 a.m.

He said the five-hour system outage was annoying, but had no major financial impact on Skyguide. The company lost revenue due to the disruption of air traffic, but it did not have to pay financial compensation to the airlines.