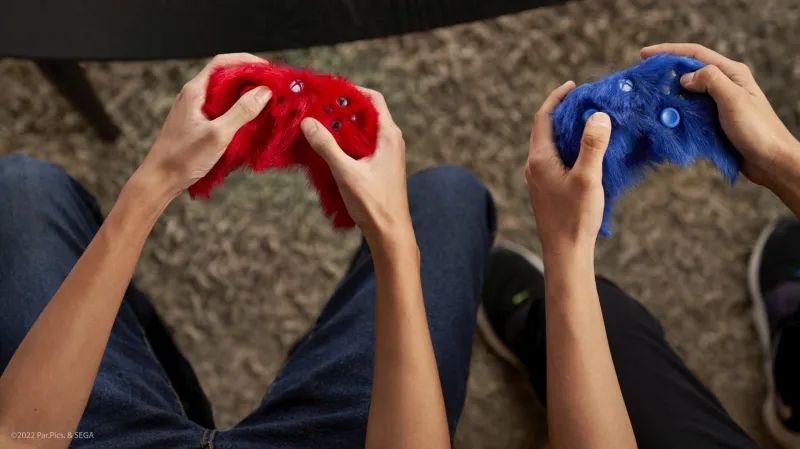 Available through a raffle contest, the black Xbox Series S console features a gold portal ring around the vent as well as a graphic of Sonic and Knuckles battling it out from the upcoming movie. As for those plush Xbox Wireless Controllers, expect “textured overlays reminiscent of the ‘spiky’ texture of hedgehogs in the wild.”

Announced on Xbox Wire, those interested in getting their hands on these fuzzy controllers can only do so by entering the contest. To enter, fans will need to retweet the official Xbox contest tweet and include the hashtag #XboxSonic2Sweepstakes or redeem Microsoft Rewards points, for those in the United States

The contest ends on April 4, and since Xbox hasn’t announced pricing or availability for the custom Xbox Series S console or unique Xbox Wireless Controllers, this is truly a limited edition.

Xbox is no stranger to big collaborations and bizarre products, as it released special Space Jam Xbox controllers, a $10,000 Xbox Series X from Gucci, and the iconic Xbox Series X mini fridge. fuzzy red and blue controllers, Xbox took things up a notch. We don’t know if they’ll be comfortable to hold or if the lucky winners will have to throw them in the washing machine from time to time.