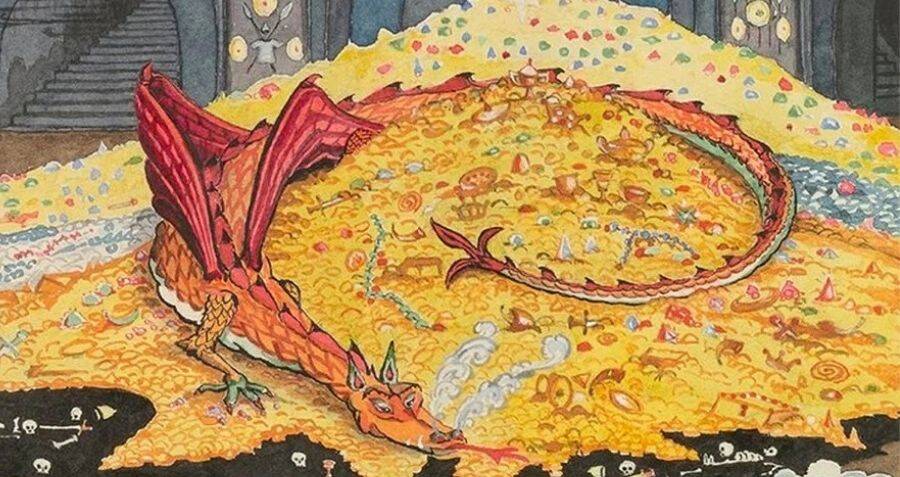 The Tolkien Estate website includes JRR Tolkien’s drawings of the worlds he created for “The Hobbit” and “The Lord of the Rings”.

Courtesy of Tolkien’s EstateAn undated depiction of the “Misty Mountains”, a location that features prominently in both The Hobbit and The Lord of the Rings.

During his lifetime, JRR Tolkien created the elaborate world of “Middle-earth”, where he set The Hobbit and The Lord of the Rings. Today his estate has published a number of drawings and maps which the author made as he plotted his books.

The images, hosted on the The updated Tolkien Estate website, include finely drawn scenes from Tolkien’s work. Viewers can see how the mines of Moria, the forest of Lothlórien, and the elven city of Rivendell appeared in Tolkien’s mind.

At a glance The Lord of the Rings fans, the website went live on February 26 – the date, according to a statement emailed to Smithsonian magazine, “in the Third Age, when the Fellowship of the Ring was shattered at Amon Hen and Frodo and Sam set out on their lonely and terrifying journey to Mordor”.

The website also includes maps that Tolkien drew to better understand the movement of his characters; examples of his calligraphy; documents, photos and audio extracts of his life; and a draft manuscript of The Return of Beorhtnoth’s Son Beorhthelm (1953). Some of these documents have never been seen before.

Here Tolkien beautifully wrote the words which “appear on the One Ring when exposed to fire”.

According to Tolkien’s estate, this image appeared in black and white in the first edition of The Hobbitbefore Tolkien revised it and combed it for the American version.

Tolkien’s estate notes that Bilbo, though invisible – as the cloud indicates – nevertheless bows deeply to the dragon.

Tolkien’s estate notes, “This drawing is dominated by the imposing stone wall behind the gate, both hostile and impregnable.”

JRR Tolkien was apparently disappointed when this illustration – which he said captured the scene well – was omitted from the American version of The Hobbit.

Rivendell Looking East. Around the beginning of the 1930s.

According to Tolkien’s Estate, “This drawing became the basis for the 1937 Rivendell watercolor in which the mountain walls are drawn together, intensifying the depth of the chasm and the secret location of the ‘last welcoming home’.”

Tolkien’s estate explains that “the tree’s restless roots and arm-like branches allude to its mobility and dire consequences for hobbits”.

“The Misty Mountains looking West from the Eagle of Eagles towards the Goblin Gate.” January 1937.

This image was not used in The Hobbit, although the final illustration is almost “identical”. Tolkien’s estate notes that he replaced the trees here with “more realistic pines”.

Tolkien painstakingly created the “damage” on this page, which the Fellowship finds in the Mines of Moria. The last line hauntingly reads, “they’re coming…”

In this illustration of The HobbitTolkien uses a “warm yellow color” to represent morning sunlight hitting the icy blue mountains.

“The Forest of Lothlorien in Spring.” Early 1940s.

“The Mallornian trees of Lothlórien retained their golden leaves throughout the winter. In the spring, as new green leaves opened and yellow flowers bloomed on the trees, the leaves fell to the ground in a golden carpet .”

“Tolkien drew two preparatory sketches and two finished drawings of the hall in Beorn’s house,” explains his estate. “They resemble the mead halls where Anglo-Saxon warriors would have gathered to feast, drink and sleep.”

A depiction of the tower of the wizard Saruman, Orthanc at Isengard. Tolkien’s estate explains: “As Tolkien wrote the text, he made various sketches and drawings which together gradually evolved into the final written description.”

The Tolkien Estate notes that the author drew “many versions” of this scene from The Hobbit.

Tolkien’s domain assumes that the intricate detailing of this sketch suggests that Tolkien used drawing as a way to relax.

The Tolkien Estate writes that this black-and-white illustration “captures the desolation of the landscape before the Lonely Mountain: barren and lifeless after the dragon’s long habitation.”

The lack of description of Sauron in the books is deliberate – it lets the readers’ imagination run wild. But Tolkien prepared this sketch for the cover of The king’s return.

As Tolkien was writing the chapter entitled “The Stairs of Cirith Ungol”, he seems to have stopped to sketch them, showing how his illustrations often went hand in hand with his writing.

A cover design project for The Fellowship of the Ring drawn by JRR Tolkien in 1954. Although this one is his favorite, it was not chosen by his publisher. Courtesy of Tolkien’s Estate Born John Ronald Reuel Tolkien on January 3, 1892 in South Africa, JRR Tolkien lived a rich and sometimes tragic life. After moving to England as a young boy, he went on to study at King Edward’s School in Birmingham and Exeter College in Oxford before serving in the British Army during the First World War.

He saw action during the bloody Battle of the Somme, in which over 125,000 young British soldiers lost their lives. Two of them – Robert Gilson and Ralph Payton – were friends of Tolkien.

“Junior officers were being killed, a dozen a minute”, Tolkien wrote of his experience. 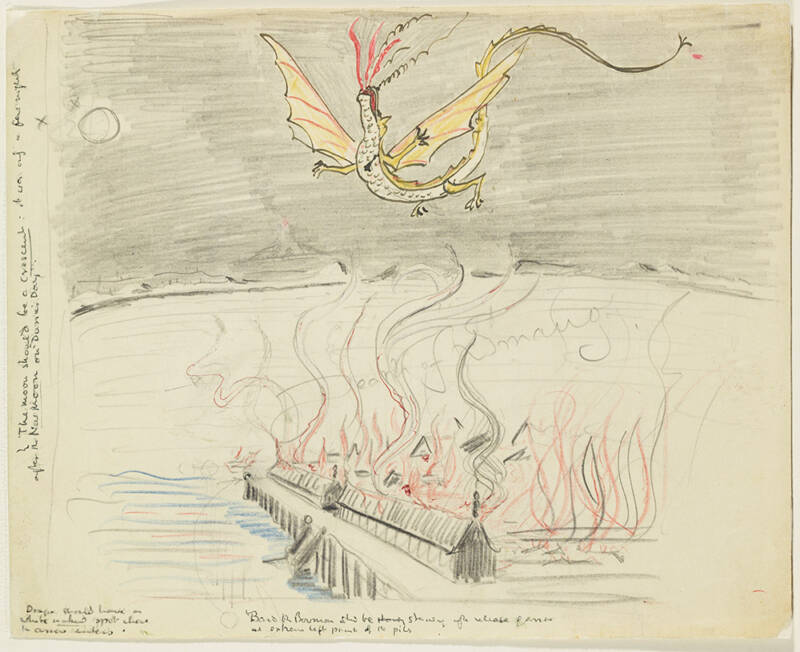 Courtesy of Tolkien’s EstateJRR Tolkien had no intention of publishing this 1936 sketch, titled “Death of Smaug”, but it was later used for a paperback edition of The Hobbit in 1966.

Indeed, Tolkien seemed to draw from a multitude of sources beyond his own experience. As a professor of English language and literature at Oxford after the war, he translated texts such as beowolf to great success. And he made up stories like The Hobbit simply to entertain his four children.

Regardless of his motivations, however, Tolkien managed to write books that enchanted the world for decades. Over 150 million copies of The Lord of the Rings trilogy were sold and the books were also adapted into a successful film franchise in 2001.

After looking through these JRR Tolkien drawings, browse through these incredible historical maps that explain the world better than any textbook. Or look at these fantastic real Hobbit houses.