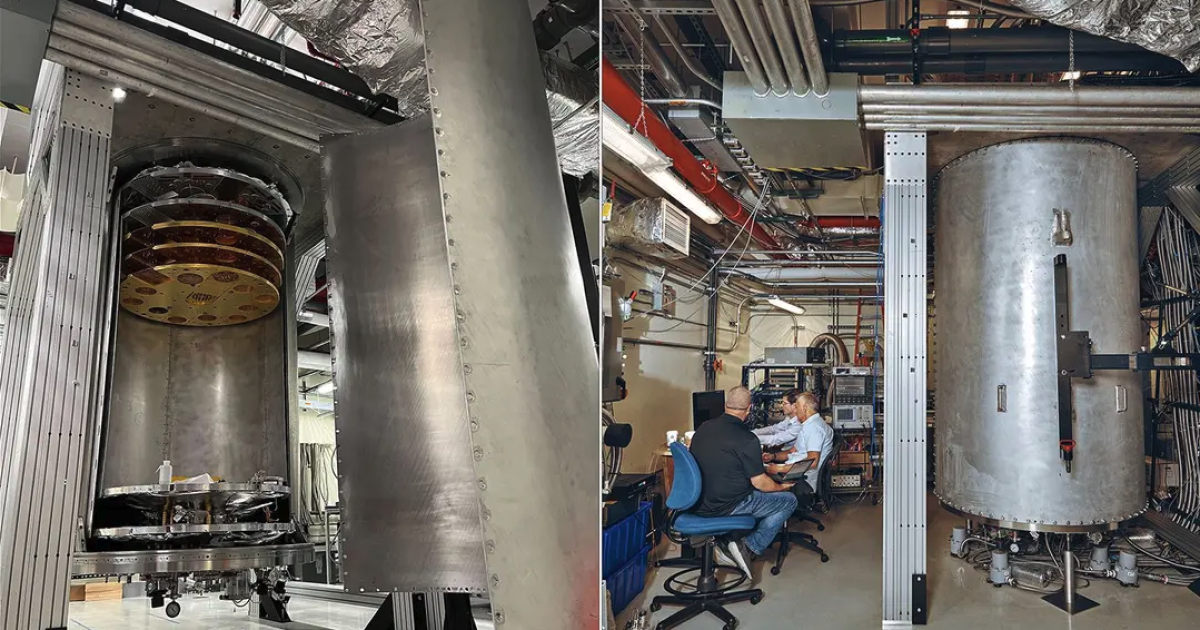 Quantum computers get their incredible speed and power by tapping into the frightening realm of quantum physics. Properties such as superposition, where particles can exist in two states at the same time, can allow large amounts of data to be processed simultaneously, while entanglement can effectively “teleport” information.

The problem is that these states are very sensitive to interference from the environment, including heat. As such, quantum experiments and computers typically need to be run and maintained at cryogenic temperatures just a fraction of a degree above absolute zero, where atoms have almost no energy.

Keeping such cool equipment is no easy task, which is why IBM has now built a proof of concept for a new cooling system. Goldeneye is what is called a dilution refrigerator, which uses a mixture of helium-3 and helium-4 to cool their contents down to the milli-Kelvin (mK) range, or thousandths of a degree above absolute zero.

But Goldeneye was designed to iron out a few problems in existing dilution refrigerators. To begin with, it contains an experimental volume of 1.7 m3 (60 cubic feet), which is two to three times larger than the previous ones. It is modular and has a clamshell design that allows the outer vacuum chamber to open laterally so scientists can easily access the internal hardware.

It can be fitted with different refrigeration units that cool at different temperatures, and its 6.7-ton weight helps dampen vibrations that can interfere with quantum equipment. Importantly, it takes up only one-tenth the space of existing dilution refrigerators of equivalent power. All this simplification means it could also be operated by much smaller teams of scientists.

In testing, Goldeneye was able to cool down to just 25 mK, which is 1,000 times colder than the average temperature in space. When the IBM team placed a quantum chip inside and cooled it, they were able to achieve a coherence time – the length of time qubits retain their information – of around 450 microseconds. That might not seem like a lot, but it’s on par with existing dilution refrigerators.

As promising as Goldeneye may seem, IBM says it’s unlikely to be used in its current form to cool quantum computers. But the concepts tested will serve to inform the next generations of cooling systems.

2022-09-13
Previous Post: These Software Trends Sell and Can Get You Hired
Next Post: Micro Tech Computers, Inc Performs Flawless Computer Repair in Bloomington and Shakopee, Minnesota