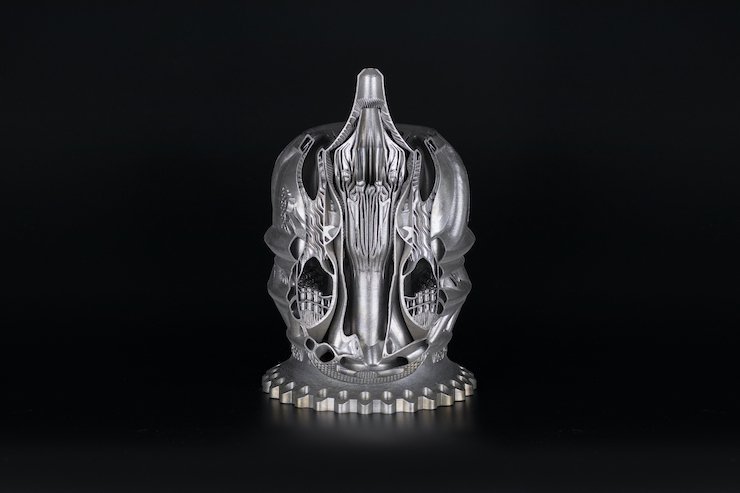 Due to high demand, the company says, Hyperganic Core is being made available to an initial batch of “a few hundred users” through a “soft rollout,” with thousands of new users waiting to roll out. technology. The software enables the development of algorithms which, based on manually entered descriptions, create highly functional parts, structures and machines in an automated manner.

Hyperganic’s software has been in development since 2015 and the product released today is the third iteration of the Hyperganic Core platform. The rollout was facilitated by a $7.8 million funding round announced last year.

The first iteration, according to a blog posted this week by Founder and CEO Lin Kayser, was an internal release with Hyperganic working closely with printer manufacturers to enable direct release for powder-based 3D printing technologies. , resin and extrusion. While working with the second iteration of the software, Hyperganic has grown sevenfold over the past 18 months. The company created online tutorials to train users, while hundreds of users in areas such as space hardware and consumer goods began coding their own processes. Hyperganic will reveal the results of some of this work in the coming months and has already publicly revealed a rocket combustor developed with Core 1 and, more recently, an aerospike rocket engine in partnership with EOS’ AMCM business.

Hyperganic Core is largely written in machine language, optimized for various processor architectures, and its 3D voxel display “uses all the latest GPU techniques”, showing every particle that makes up the object in real time. Since the second iteration of the software, Hyperganic has used external coding interfaces – Visual Studio and C# – with C# being chosen because it is “a simple, modern programming language that supports software development projects in large scale”. Many of Hyperganic’s projects, according to Kayser, involve thousands — “and soon millions” — of lines of code.

With the release of the third iteration of Core, Hyperganic is now passing the baton to its growing user base. These users will be able to “codify their knowledge of how to build things” and “share and open their code”. Hyperganic believes that by translating manual engineering processes into computer algorithms, engineers will be able to transform existing workflows into more scalable and sustainable processes, while making it easier to create highly complex objects to solve new challenges. . Users can also translate “body engineering knowledge into algorithms” and “monetize the objects they create or the algorithms that create those objects.”

“The leap you make in learning algorithmic engineering is like jumping from a mechanical calculator to a computer,” Kayser wrote. “Yes, it’s a profound change and a learning curve, but you’ll never go back.”

Want to discuss ? Join the conversation on the Global Additive Manufacturing Community Discord.

Get your FREE print subscription to TCT Magazine.