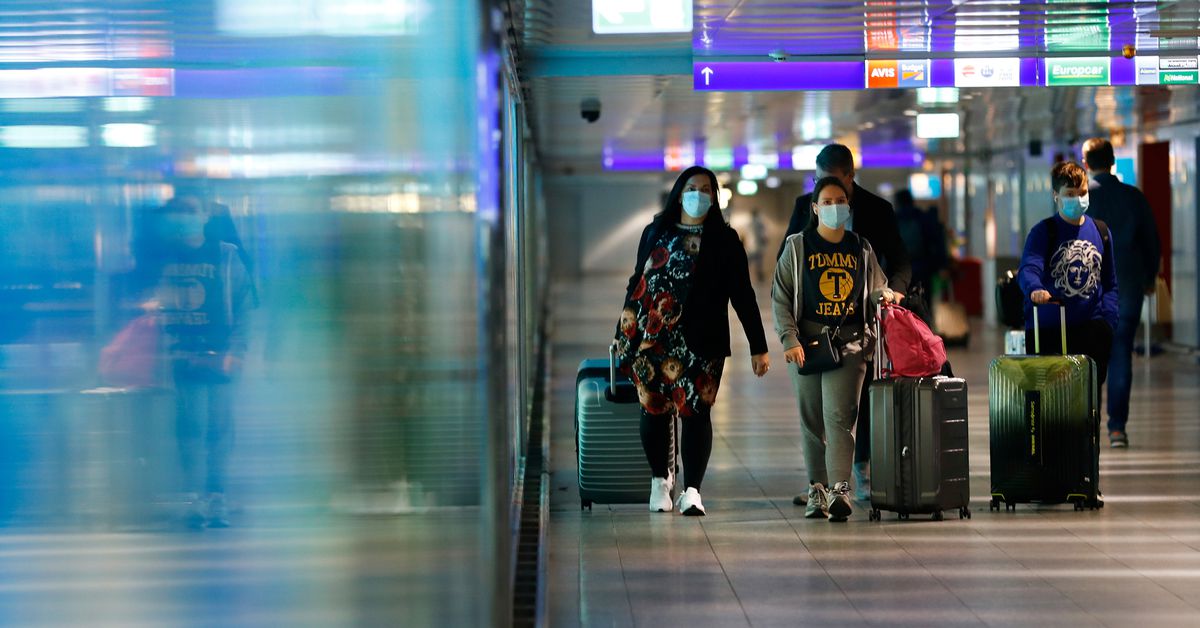 Passengers walk through a terminal at Frankfurt Airport as the spread of the coronavirus disease (COVID-19) continues in Frankfurt, Germany April 1, 2021. REUTERS/Ralph Orlowski

“From 9 a.m. we will resume work with 100% air traffic,” said a spokesperson for DFS, whose controllers monitor take-offs and landings at 15 international airports in Germany.

The problems, which began around 03:00 local time (01:00 GMT), were caused by an unexpected glitch during an overnight software update, which forced DFS to limit air traffic to 50% of normal capacity. .

Pan-European air traffic agency Eurocontrol said on its website that there were moderate to high delays in many parts of German airspace on Wednesday, citing issues including computer glitches with control equipment air traffic, personnel and the Ukrainian crisis.

Frankfurt Airport, one of the busiest in Europe and a hub for flagship carrier Lufthansa (LHAG.DE), was particularly hard hit.

More than 4.5 million passengers passed through the airport in May.

DFS said it was too early to tell how many flights were affected.

He said the disruption would likely continue through the morning due to earlier cancellations.

Lufthansa said earlier it expected delays and cancellations to destinations in Germany and Europe, particularly Frankfurt, where it is the biggest airline.

He did not specify how many flights might be affected.