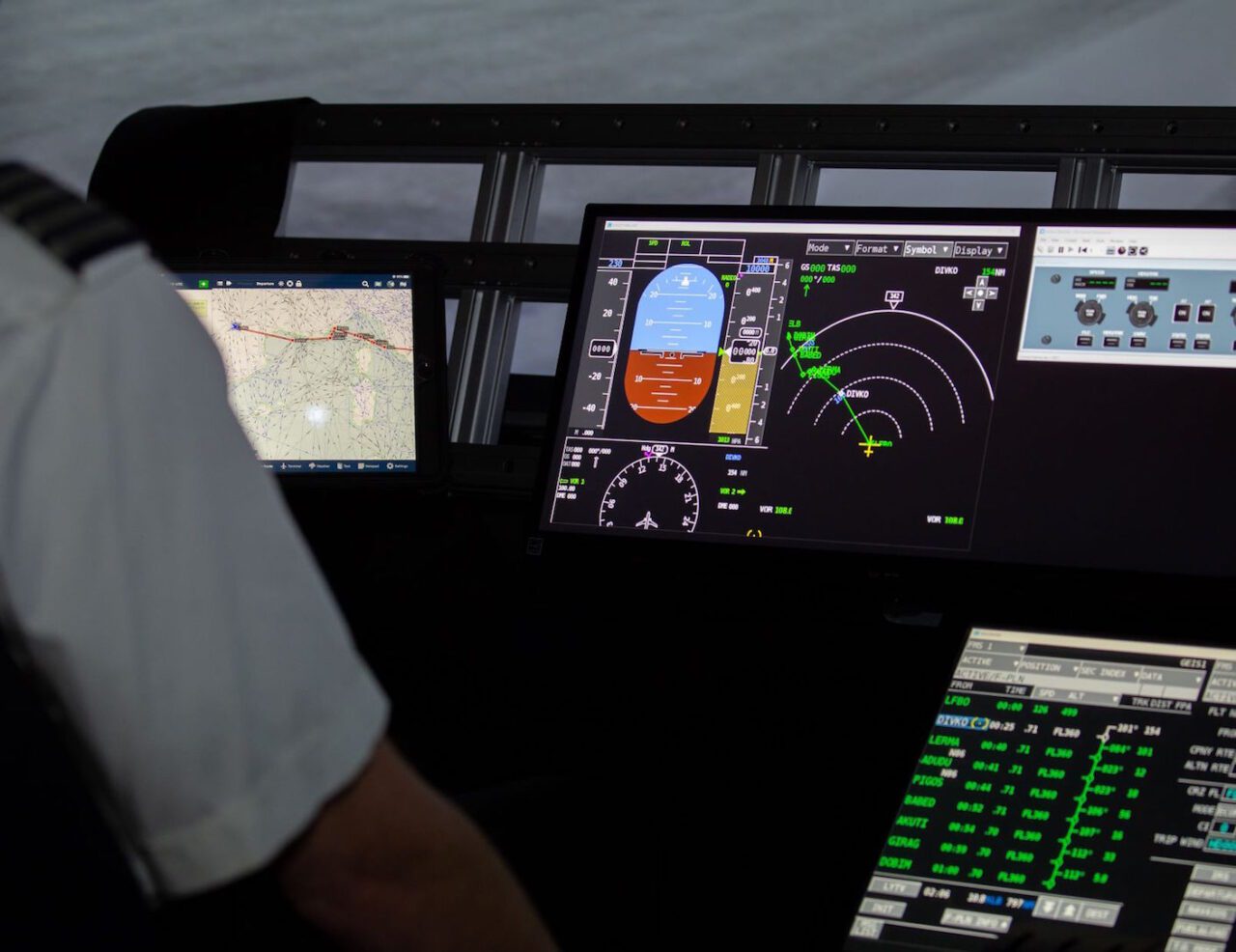 GE Aviation is working on the introduction of its third generation “TrueCourse” connected FMS software. (Photo courtesy of GE Aviation)

The third-generation FMS is being developed with TrueCourse segmented into reusable software components and certification artifacts, making it easier to upgrade them throughout the aircraft’s lifecycle. GE Aviation’s avionics division has been working to make its FMS more software-centric and connected to pilot tablet apps since 2018, when it first showcased an open-architecture cockpit concept at the international airshow. of Farnborough.

Barbour explained how GE is preparing for the first operational launch of its upgraded Connected FMS software.

“Our latest FMS product, TrueCourse, is a third-generation design that applies all of the lessons learned from our previous two architectures. It is enabled by a software technology called Framework that enforces several design practices that are critical to our modularity. are valuable both from a design evolution and certification perspective, as the regulatory environment continues to enforce additional control over software functions,” he said.

Interviews along with other avionics engineers at GE over the past several years, have focused on the company’s goal of establishing a new interface to the FMS that gives tablet electronic flight bag (EFB) applications a bidirectional access to the FMS. The company has also made its Connected FMS software development kit available to third-party application developers. 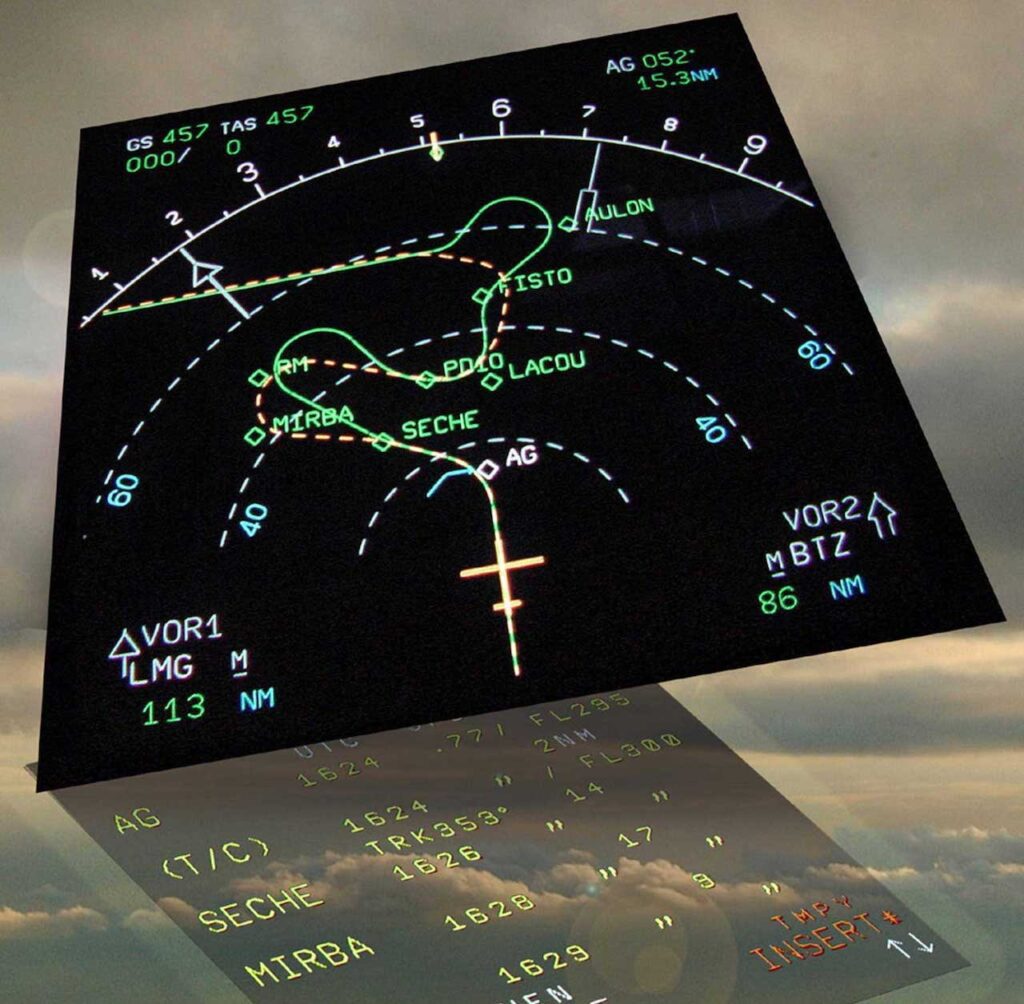 According to Barbour, Framework helps “future proof” their FMS, making it more software-centric and capable of advanced diagnostics that identify anomalies or system errors that might occur in flight. The Framework software is also responsible for managing any static memory in the FMS, or any navigation data stored and randomly accessed by the FMS in response to driver input.

Managing this static memory within the FMS is key to enabling GE’s third-generation connected FMS concept because it enables two key elements, Barbour said. “Any Framework-managed data point can be exposed to external systems through our connected FMS technology. If data is the new oil, Framework-enabled TrueCourse is a fantastic asset. Anything the pilot can do through the FMS user interface in the cockpit can be achieved via the Connected FMS tablet interface programmatically.This provides the ultimate capability for future autonomy needs.When we say the design is future proof, we mean it. think.”

More than 14,000 commercial and military aircraft in service are equipped with GE Aviation’s FMS software, including the Airbus A320 and A330, all variants of the Boeing 737 and the KC-46. TrueCourse is one of many flight management systems that are modified with connectivity links and interfaces that connect EFB tablets to an aircraft’s data bus network. Universal Avionics, Thales and Honeywell Aerospace are among other avionics manufacturers that currently have their own flavors of cloud-native and connected FMS technologies in development or ready to launch.

Barbour said their connected FMS has yet to be used on any commercial aircraft in service, however, the company is actively working with an unnamed airline on its possible commercial launch, and several military aircraft users are also tracking the update. at the level. One Connected FMS application that has piqued Barbour’s interest in discussions with airline pilots is Dynamic Rerouting.

“Dynamic rerouting occurs when a pilot learns something about their current route that they did not know when they planned their flight. It could be weather, turbulence or even flow management. traffic at the destination airport.Updating arrival time, navigating around winds, chasing a downwind in order to increase fuel efficiency at different altitudes, we see a lot of opportunities for the Connected FMS to make better use of this information. Editing the flight plan on the FMS today is an extremely manual process, and Connected FMS could automate many of these tasks,” said Barbour.

GE currently does not have a target date for the launch of the first True Course Connected FMS software, however, Barbour said its current focus is to incorporate feedback it has received on how to optimize the exchange and EFB-FMS application data integration.