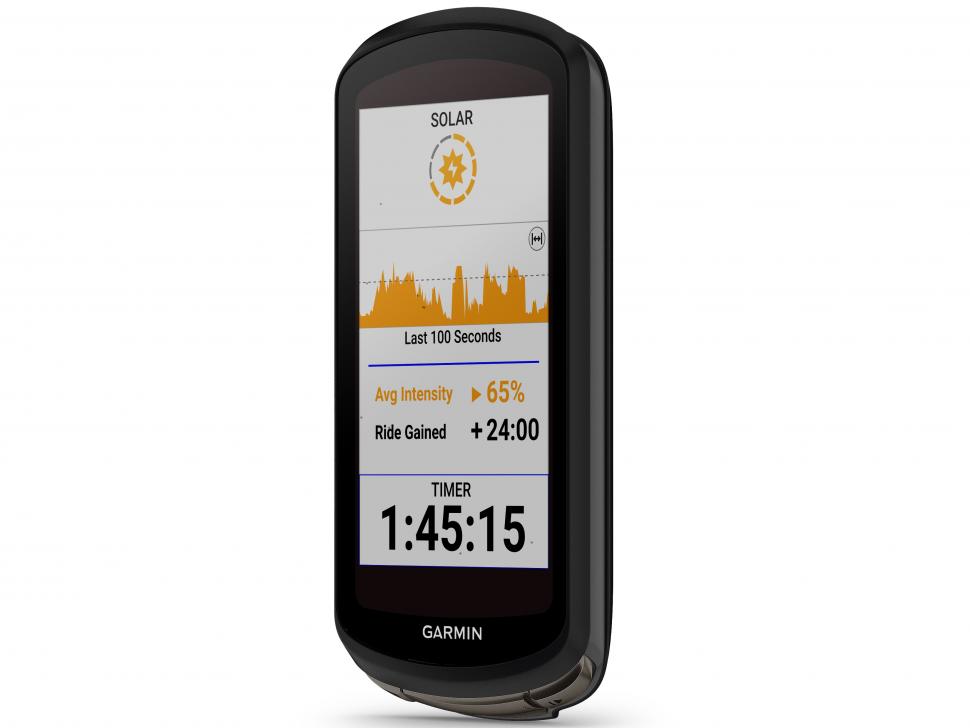 Garmin has launched two new flagship bike computers, the Edge 1040 and the Edge 1040 Solar. Both look similar to the outgoing Edge 1030 Plus in appearance, thanks to the rather massive 3.5-inch color touchscreen, but promise new features like Global Navigation Satellite Systems (GNSS) multi-band technology for more precise positioning. . There are new training metrics such as real-time endurance information and recommended power goals, as well as huge battery life claims, especially on the solar version. Stats suggest the Edge 1040 would be great for bikepacking or everyday riding, with up to seven days of use (based on eight hours of use per day) thanks to the Power Glass solar charging lens that is integrated into the filter.

Garmin also says the solar version is capable of up to 100 hours of use in battery saver mode, with solar charging contributing an additional 42 minutes per hour of driving. The fine print says it requires 75,000 lux continuous light, so these claims should be taken with a grain of salt; for example, I just went out on a usually overcast day in the UK and only got 10,000 lux.

When it comes to charging the device the “traditional” way, Garmin has finally ditched micro-USB for the soon-to-be-ubiquitous USB-C standard. 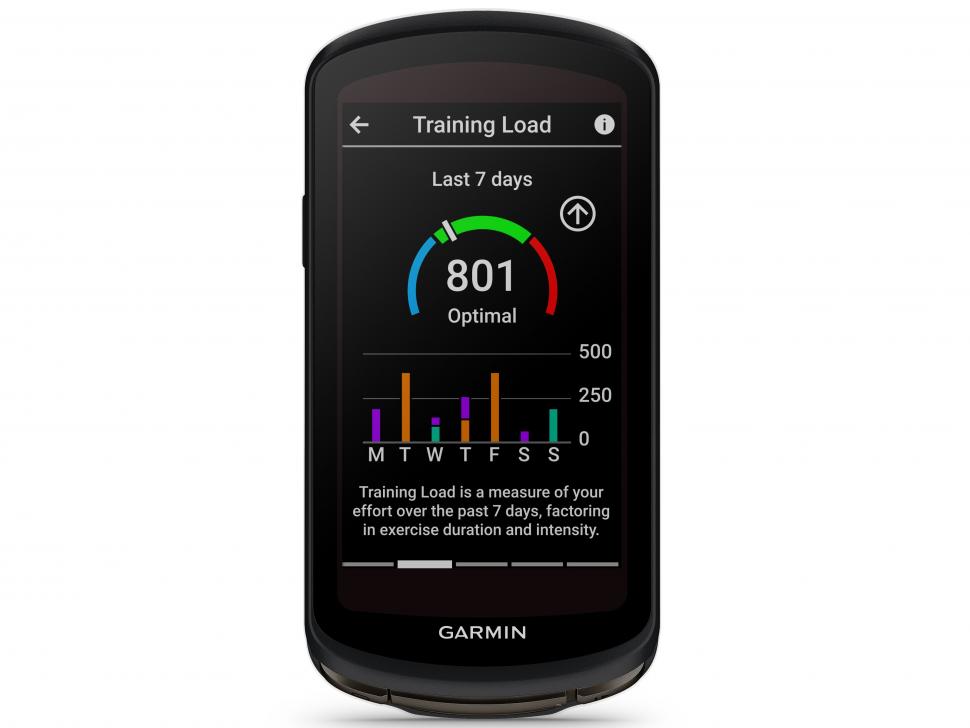 Garmin is keen to emphasize that its new device isn’t just aimed at recreational cyclists, with new training metrics making their debut as well.

Just like previous Garmin devices, the Edge 1040 can help you plan and prepare for your next run or sport with current performance stats like VO2 Max and FTP; However, Garmin now says the computer can also use it to help you perform on event day with its new “Power Guide.” With the combination of a power meter, the Edge 1040 can give recommended power goals to help runners manage their efforts throughout a course.

We can’t wait to test this out, but imagine it works best when riding solo, such as during time trials, similar to something like the Best Bike Split software. 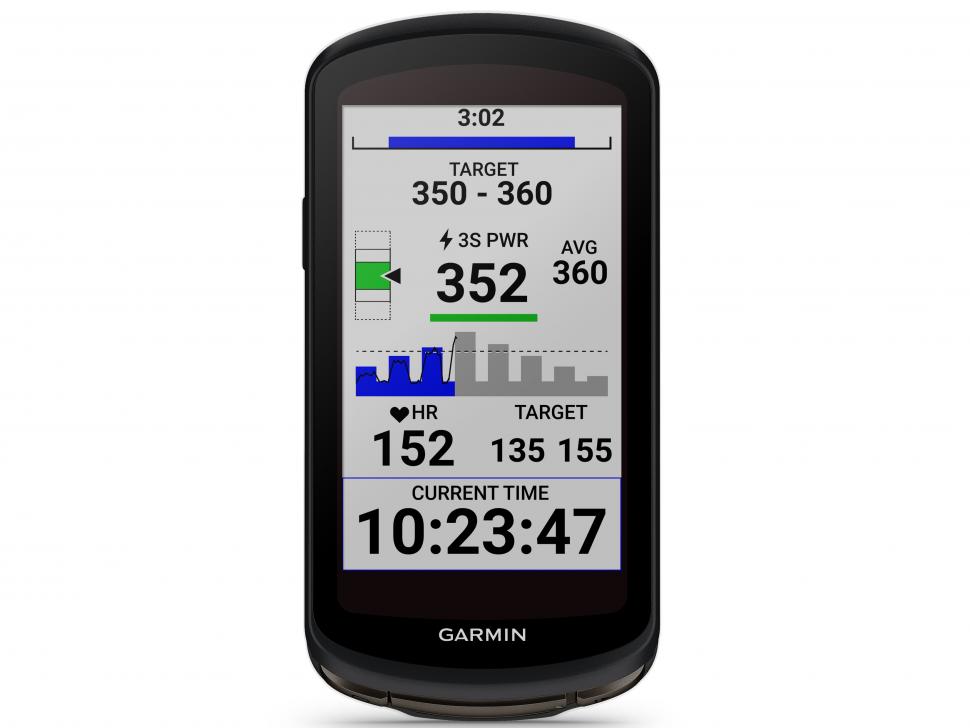 There’s also the introduction of real-time endurance information that we saw released with the Fenix ​​7 smartwatch earlier this year. The idea is that the computer learns your abilities and can then give a live estimate of how much energy you are exerting during a ride.

Garmin says this will allow you to “push harder knowing you’ll cross the finish line with nothing left in the tank.” I can’t remember the last time I crossed a finish line wishing I had more pain, but if that’s accurate it should help runners keep track of how many games they’re burning . The list of new features also includes a “cycling ability and course requirements” feature. Garmin describes this as being able to rank a rider’s strengths and weaknesses and then focus on improving in certain areas to better prepare for the demands of a specific course.

This has the potential to be really useful, studying a rider’s power curve to see what durations need work for a specific course or race, but it could just as well be a marketing gimmick that has a use limited in the real world. I’m afraid we just have to wait and see before passing judgment. 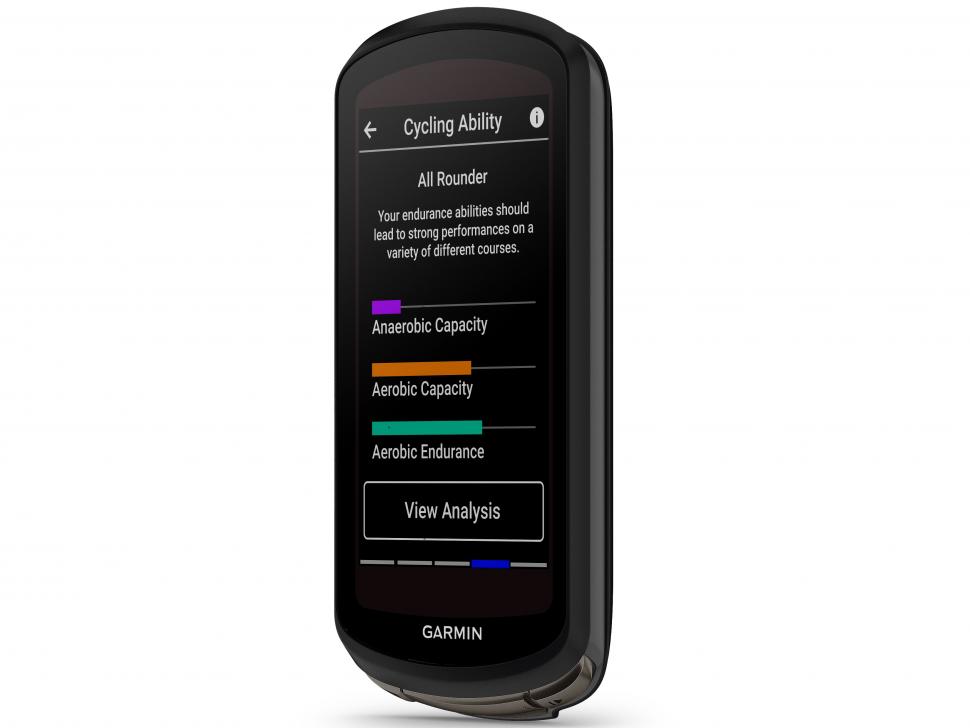 As Garmin’s flagship device, the Edge 1040 benefits from all the latest features, including daily training suggestions based on current training load and VO2 max. On top of that, you still get heat and altitude acclimatization and en-route notifications when it’s time to refuel or rehydrate.

ClimbPro is making an appearance again, allowing riders to see the remaining climb and steepness of climbs on their route, and the large screen should be useful for reviewing post-ride performance directly from the device rather than from having to rely on Garmin Connect.

Meanwhile, mountain bikers are supported with jump count, jump distance, hang time, grain, and flow trail metrics, but there doesn’t seem to be anything we haven’t not already seen. 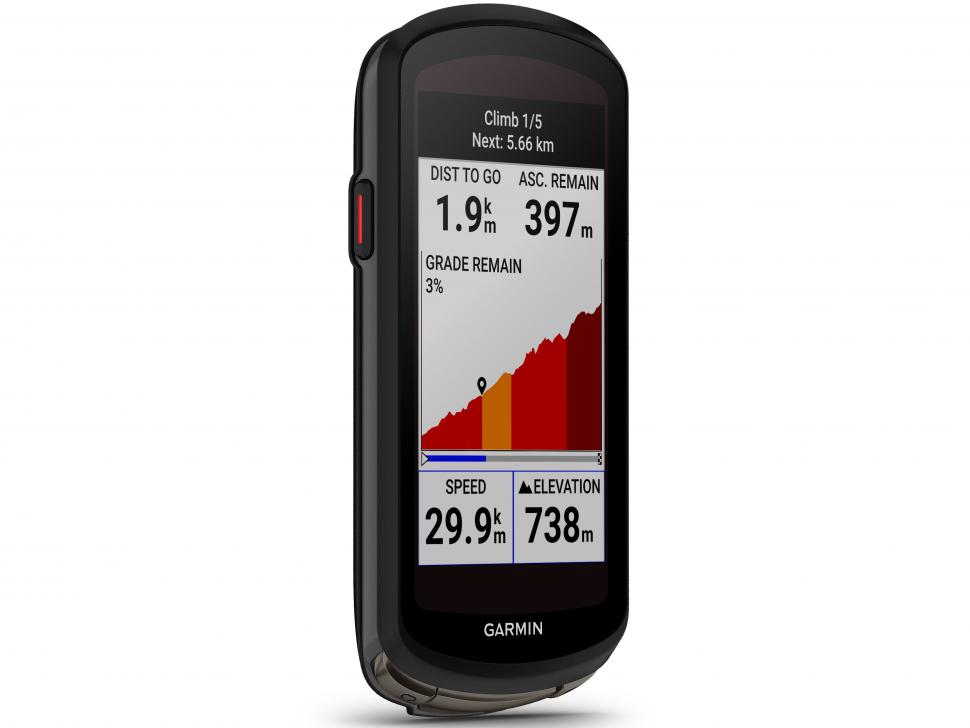 The Edge 1040 also gets the latest navigation features we’ve seen added to the Edge 1030 Plus over the past few months. These include riding-type-specific maps using Garmin’s Trendline popularity routing, turn-by-turn navigation, and alerts to notify riders of sharp turns ahead. You also have the option to pause route guidance and off-course notifications so you can explore beyond the beaten track without being continually notified.

It is also possible to download the recommended Trailforks app to view routes, trails and route forks in over 80 countries. Garmin says that if you do venture off course, the Edge 1040 is capable of quickly calculating routes. We guess that means more processing power, and the addition of multi-band Global Navigation Satellite System (GNSS) technology provides better positioning accuracy and better coverage, even in the harshest conditions.

Garmin goes on to specifically mention dense urban environments, remote areas and under tree cover. I can’t say I’ve had much trouble myself with the latest abandoned GPS computers in these environments, but I guess extra accuracy and reliability is never a bad thing. 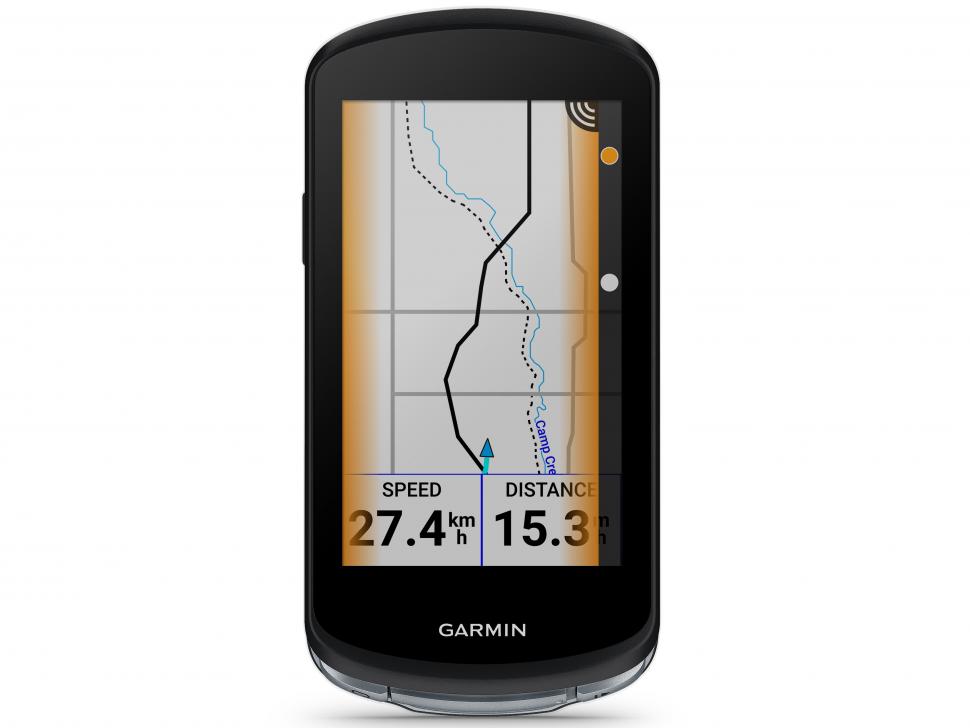 If the thought of having to configure all of your screens and user profiles keeps you from buying a new bike computer, you’ll be happy to hear that Garmin has focused on making it simple.

After turning on the Edge 1040 for the first time, riders can ride in “instants” thanks to pre-populated ride profiles based on their previous Edge settings. There’s also a choice of popular setups for new users, which will take into account paired sensors and the type of riding you do. Edge users can also finally set all activity profile settings through the Garmin Connect app and then sync them to the device… my word for it was a long time coming.

We’re also looking forward to testing out the “completely refreshed and modernized user experience”, which claims to not only give easier access to key information, but also the ability to customize the homepage and an improved view of the trip summary. 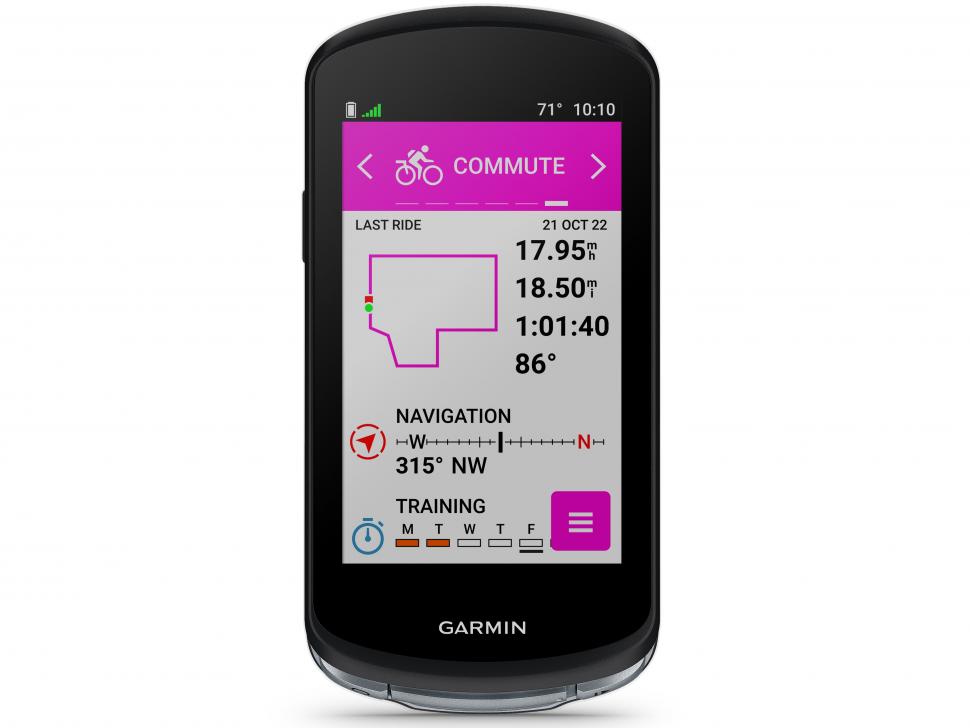 There are plenty of security features too, with all the usual stuff like incident detection, assistance, and LiveTrack. Some of us expected the Edge 1040 to have a built-in SIM or E-sim card like we’ve seen on the Hammerhead Karoo devices, but Garmin just required the device to be paired. to a compatible smartphone or one of its inReach devices. to broadcast its location.

inReach is Garmin’s satellite communications network and allows users to call, view and respond to messages, share trip data and trigger interactive SOS alerts; however, this is a subscription service and will probably only really appeal to those riding in very remote locations. For added confidence while riding, the Edge 1040 is also compatible with the Varia line of cycling awareness devices, including the new Varia RCT715 Rear View Monitor with Camera and Taillight that we recently covered. This allows cyclists to see, be seen and continuously capture video footage during their ride, according to Garmin. 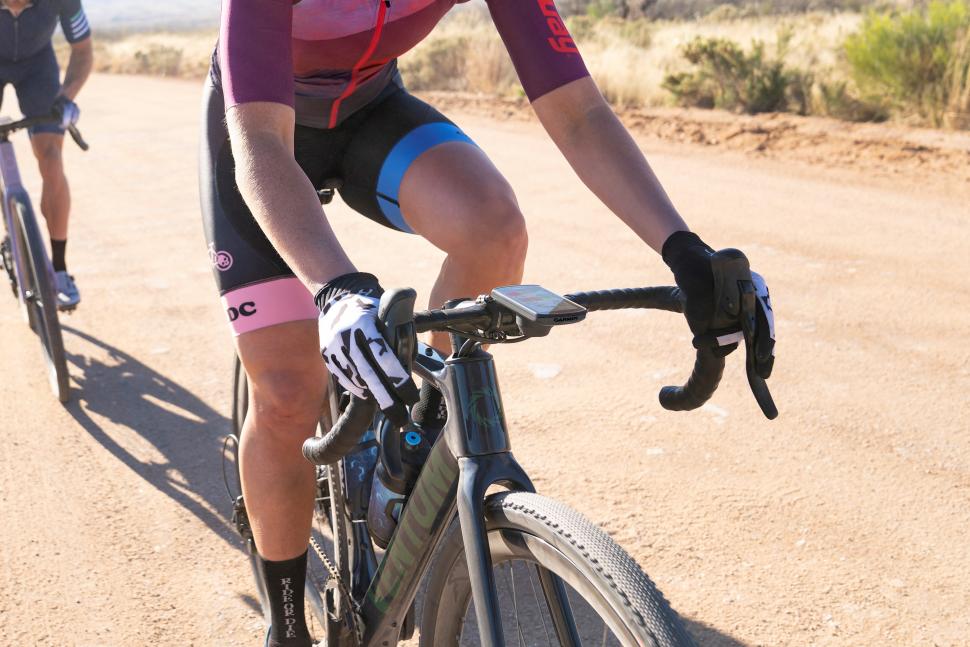 Does the Garmin Edge 1040 offer everything you need for exploring and training, or are you going to save some cash and go for one of the cheaper alternatives? We have one on the way and we’ll let you know our thoughts on it soon.