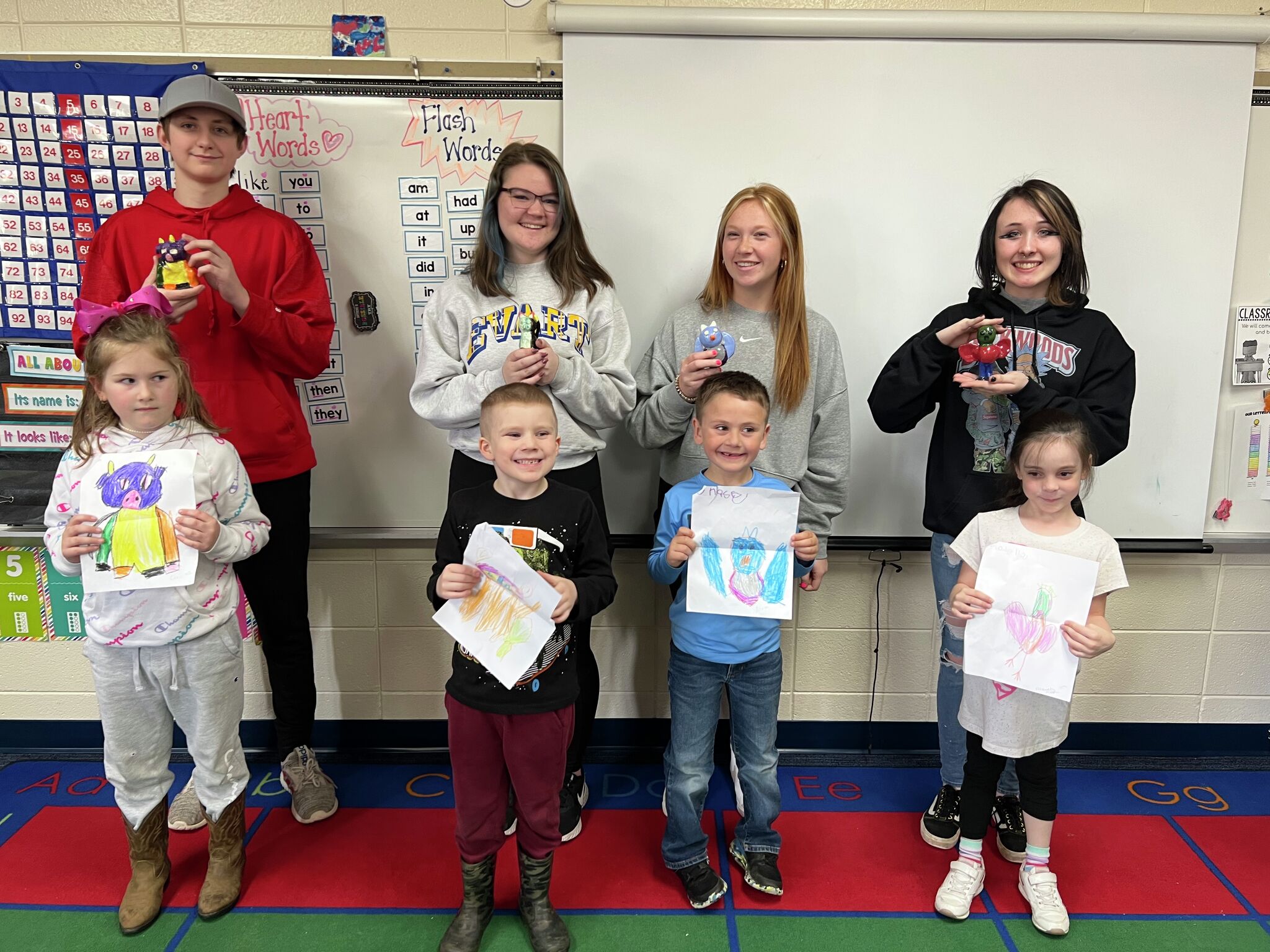 EVART – Helping students of all grades maintain connections is a big part of early education, and a public school art teacher in Evart recently created a project for his high school students to connect with their younger counterparts thanks to unique handmade ceramic pieces.

Andrea Mason-Schneider, a high school and middle school art teacher at Evart, wanted to create a fun activity for her ceramics class that would get the students involved.

“As a mother and working with the school, I was trying to do something with my own child, but also with my students in high school,” Mason said. “I’ve seen things on Facebook and other places where you can send your kids to draw, and they turn it into a stuffed animal or different things like that. I thought, how cool would it be if the kindergarten kids drew something, and then the high school kids created it in a three-dimensional form out of clay.

Schneider worked with elementary school teacher Deanna Salisbury to have her students draw creatures or animals for the high school classroom.

She said both groups of students were able to get creative with the project.

“My students took one drawing from each kindergarten and turned it into a sculpture,” Schneider said. “Then we gave them to students and put them in a gift bag, which was cute.”

The high school art students brought the gift bags to their elementary students, and they were able to spend time talking about what they had created and related to the younger children.

The project was the culmination of work by Schneider over two semesters.

“I started this before Christmas and we had a problem with the launch of some projects,” Schneider said. “We had projects that didn’t come out of the oven, so it took two semesters to complete each student’s play. I didn’t want it to be given to kindergartners, it would break my heart. It was really difficult to make sure that each student had a finished piece.

“We talked about doing it every year and making it something that we will continue,” she added. “I think now that I understand it a bit better, we could.”

In the future, Schneider hopes to do more projects that will allow her to bring more students together inside and outside the classroom.

“We have elementary, middle, and high schools and there’s kind of a disconnect between the schools, in terms of what they do and what we do,” Schneider said. “I think it’s important to create a sense of community. Even seeing the high school kids in elementary school, some of them haven’t been there since they were in elementary school.”

She explained that the project was beneficial for both groups.

“With giving something, there’s something to be said about it,” she said. “Some students struggled to keep their projects. But at the end of the day, the kids were excited and you’re doing something good for someone else. I just think there’s a lot of good things that can be learned and come from that.

“A lot of them have little siblings, or cousins,” she added. “When you become a big kid, you forget what it was like to be little. It was a good thing all along, and I was proud enough of them to finish and go give them to those kids. . It was a good experience.”