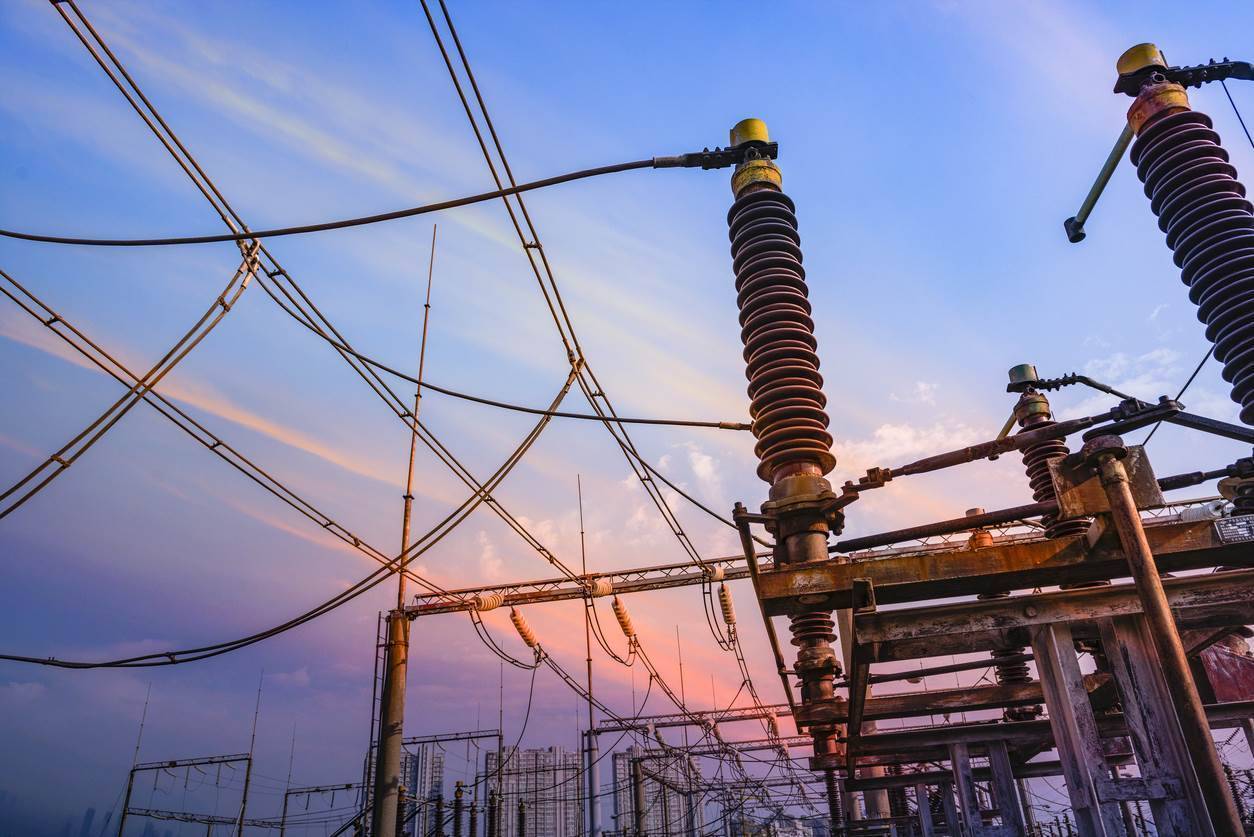 Essential Energy uses imagery and software captured by drones to create “intelligent” three-dimensional models of its substations that engineers can interact with and plan upgrade work remotely.

In this week’s episode of iT news podcastSubstation Design Manager Jason Streatfeild discusses the work of his team of engineers and drafting officers who handle all aspects of the design of nearly 400 substations across the state, and the increasing influence of technology on this function.

Essential Energy is a government owned electricity distributor in NSW covering 95% of the state plus parts of South Queensland.

Its infrastructure – including nearly 400 substations – is used to supply electricity to more than 840,000 customers.

In major parts of the state, there may be one substation per suburb; in small towns, it is often one per town.

Much of the Streatfeild team’s work involves upgrades to existing substations, although there is new construction underway, mostly alongside renewable electricity generation sources.

“Much of the NSW network was built a few years ago and much of the infrastructure is aging so we are doing a lot of work, especially in our remote areas, replacing a lot of different equipment in existing sites. . ,” he said.

“We have very rarely built virgin land in recent years [substation] sites, but many of them are probably coming in the last 12 months with the increase in our solar connections and wind farms.

Streatfeild said one of his team’s biggest challenges has traditionally been understanding what a substation looks like, in order to plan upgrades or maintenance work for it.

He said extensive movement and effort at the site over the past two decades has resulted in improved accuracy and records of the drawings.

“We worked a lot on sites where we updated the designs or improved the [existing] drawing quality,” he said.

“A lot of the time that would mean we had to go to the site, take lots of measurements, confirm the drawings we had were accurate, and confirm the construction was true to the original design.”

Streatfeild said there were several reasons for wanting more accurate drawings of the substations.

“The main thing is safety: we need to make sure we design our equipment with the right clearances so we can make sure that when crews need to work on equipment for maintenance and operation, they can do it safely. security,” he said. .

Understanding exactly what is on site can also prevent inefficient truck moves, where a crew may show up with incorrectly sized parts due to inaccurate drawings or other information kept on file.

“Even for the smallest jobs, if you replace equipment, and that equipment is on an existing site, it is mounted on a footing, it is on a structure, it is bolted, it has a particular connection point for the wiring or for the busbar,” said Streatfeild.

Bolts, for example, may be spaced differently at various sites.

“We need that kind of clarity on just about every job we do,” he said.

“We [have to] know what equipment we need [in advance]. We don’t want to leave anything ‘up in the air’ for construction crews to fix on the spot, as we might guess the wrong size or have to offer them alternatives.

“We want to get it right the first time.”

The next step in improving the quality and accuracy of substation drawings is to convert them from two-dimensional “lines, circles and text” into three-dimensional scale models that can be enlarged with millimeter precision.

Essential Energy started on this path by adopting Bentley Substation and ContextCapture software to build three-dimensional models of its substations from drone imagery.

Streatfeild said ContextCapture, in particular, addressed “the area where we were most missing moving forward, which was having the ability to quickly and easily create a 3D model of our existing site.”

“Essentially, ContextCapture has been a game changer in our brownfield designs. It allowed us to call one of our drone pilots based in the state area, go fly around a substation for about two hours to a day, take several thousand pictures, to send them back to my design team and then we would process them internally using ContextCapture in a reality model,” he said.

“This model of reality – to scale and in most cases, to the nearest millimeter – allowed us to answer all the questions we needed on this site.

“It also allowed us to import this into our Bentley Substation 3D design package as a basis for our design.

“We now knew exactly where all the existing equipment was, and the details were such that we could zoom in and read the nameplates.

“It reduced our need for site visits to measure distances or take photos, or to go back and ask for another photo again because we missed something.”

Substation models are also “smart,” in that a piece of equipment can be virtually removed from the model and a new item added, along with “all the connections and everything that goes with it,” Streatfeild said.

“The result for us is fantastic because it reduces our design time. We know we have all the correct permissions and we also have all the other benefits of a smart system,” he said.

“It has a lot of design engineering built into it. We can do a lot from lightning protection calculations, which are really a click away instead of an engineer’s two or three days hunched over a calculator.

“It knows what equipment we put in our design, so it automatically gives us a BOM, even counting all the nuts, bolts and washers.

“It counts all the lengths of conductors and the number of meters that we use to connect all our equipment.

“All of these things are automatic. It saves us so much time to check and recheck and make sure we’re doing the right things.

Streatfeild said that to date, Essential Energy has created “approximately 20 major projects using this system over the last 18 months, representing approximately $20 million worth of projects.”

He said more system improvements would be made over the next 12 months, including the purchase of new commercial-standard drones with higher-resolution cameras, which would further improve the 3D models.

Subscribe to the iTnews podcast on Apple podcast, Google Podcasts, Spotify, Amazon Podcasts or wherever there are good podcasts. New episodes will be released every Monday.