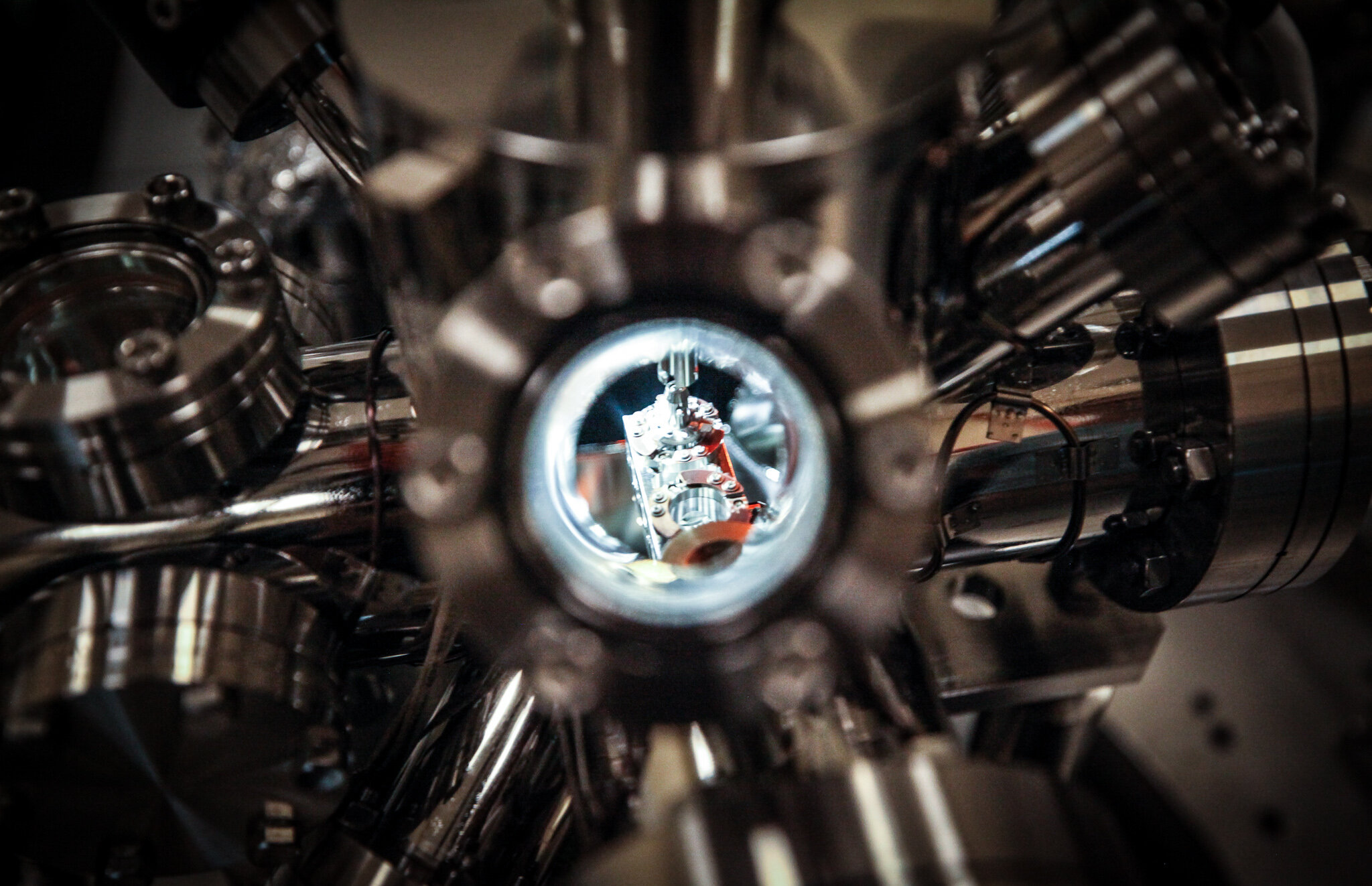 Quantum computers, which can perform calculations much faster than traditional computers, have a big problem: they are prone to data storage and processing errors caused by environmental disturbances like vibrations and radiation from objects. hot.

But a discovery by scientists led by Nanyang Technological University, Singapore (NTU Singapore), on how electrons can be controlled at very low temperatures, suggests a way to solve this problem and develop more robust quantum computers. and more precise.

The team’s findings, which were published online in the Nature Communication journal in October 2022, showed, for the first time, that electrons can have strong interactions with each other under certain conditions.

These interactions, previously only predicted in theoretical models, have been observed at the edges of a type of atomically thin, electrically insulating material at ultra-low temperatures close to the coldness of outer space.

Led by Assistant Professor Bent Weber of NTU Singapore’s School of Physical and Mathematical Sciences (SPMS), the research team confirmed that interactions at these low temperatures cause electrons to flow like a liquid. This means that the electrons tend to move collectively along a line instead of moving individually or randomly in different directions.

Getting the electrons “online” for this special state of matter, dubbed a “Tomonaga-Luttinger helical liquid”, is one of the key factors that physicists say is essential for allowing electrons to come together to form a particle called a parafermion. In addition to this particular state of matter, another key factor is needed for the formation of parafermions, which occurs at even lower temperatures: superconductivity. This property, which refers to the ability to conduct electricity without losing energy, is found in some materials.

Creating parafermions is a much sought-after goal for scientists, as these particles should help quantum computers store information more robustly than is possible today.

Quantum computers, which can solve a complex mathematical problem in minutes compared to thousands of years for supercomputers, currently store information by manipulating electrons or light at ultra-low temperatures near absolute zero or d about -273 degrees Celsius.

But the data stored in a quantum computer can be very easily corrupted by disturbances in the environment, including vibrations, radiation from hot objects, or changes in electric fields.

However, parafermions are thought to be much more resistant to such disturbances because the interactions between the electrons that form a parafermion and the way they move through a material make them more stable. If parafermions were used to store information in quantum computers, the machines should be less error-prone.

In this latest research, scientists observed the behavior of electrons under a scanning tunneling microscope. This was done by bringing the edge of a special class of very thin electrically insulating material incredibly close to the extremely sharp metal tip of the microscope. The distance between the two was only a nanometer or less, even smaller than a strand of DNA.

The insulating material used by the researchers included microscopic, atom-thick crystals of the compound tungsten ditelluride grown on a substrate of graphite or graphene. Such materials, which appear almost two-dimensional, are classified as “quantum spin Hall insulators”, which are electrically insulating on the inside but have electrons present along the edges of the materials.

The scientists then applied an electric current from the microscope and observed the electrons, while keeping the temperature of the experiment as low as 4.5 Kelvin or about -269 degrees Celsius. This is close to absolute zero, the temperature at which particles slow down so much that they almost completely stop moving.

Usually the electrons repel each other because they are all negatively charged and tend to behave like a gas, usually not bunching up. But as the temperature drops, the movements of electrons slow down.

At low enough temperatures, a strong repulsion between electrons causes the particles to behave like a liquid.

A measure of the strength of interactions is a value called the Luttinger parameter. When this parameter is equal to 1, the interactions between the electrons are the weakest.

“When the Luttinger parameter is less than 0.5, the interactions are strong and the electrons are forced into collective motion. This is the domain where parafermions should exist,” said Professor Asst Weber.

By using different substrates such as graphene or graphite, and checking different edges of the materials, the researchers were able to determine very low Luttinger parameters that could be controlled within a range of 0.21 to 0.33.

“This is a truly remarkable range of variation, since Luttinger’s parameter can only vary between 0 and 1,” Asst said. Professor Weber. “Control of the Luttinger parameter at such low values ​​has never been observed before in a helical Tomonaga-Luttinger liquid.”

“The tunneling spectroscopy was done at temperatures of 4.5 Kelvin, and we needed to locate features within 30 nanometers (nm),” he said. “The edge of the tested quantum spin Hall insulator was only 2 nm thick.”

Probing the surface of materials with the microscope at such distances without losing track of the observed spot amid temperature changes is very difficult.

“In the future, one of our biggest challenges will be to move to even lower temperatures, which are necessary to observe parafermions. For this, we need much more advanced laboratories and equipment,” said M. .Jia.

In the future, Asst. Professor Weber plans to conduct experiments using such advanced equipment in a new ultra-low vibration laboratory that was built at NTU Singapore this year. The lab will allow experiments at even lower temperatures of 150 millikelvins (mK), or nearly -273 degrees Celsius, where some materials can become superconductors.

Experimenting with quantum spin superconducting Hall insulators will be the next phase of research his team will undertake in the search for parafermions.

2022-10-25
Previous Post: SBOMs are critical to software supply chain security, but it’s only the first step on your journey.
Next Post: More than 50 members join SOAFEE to enable the software-defined vehicle of the future