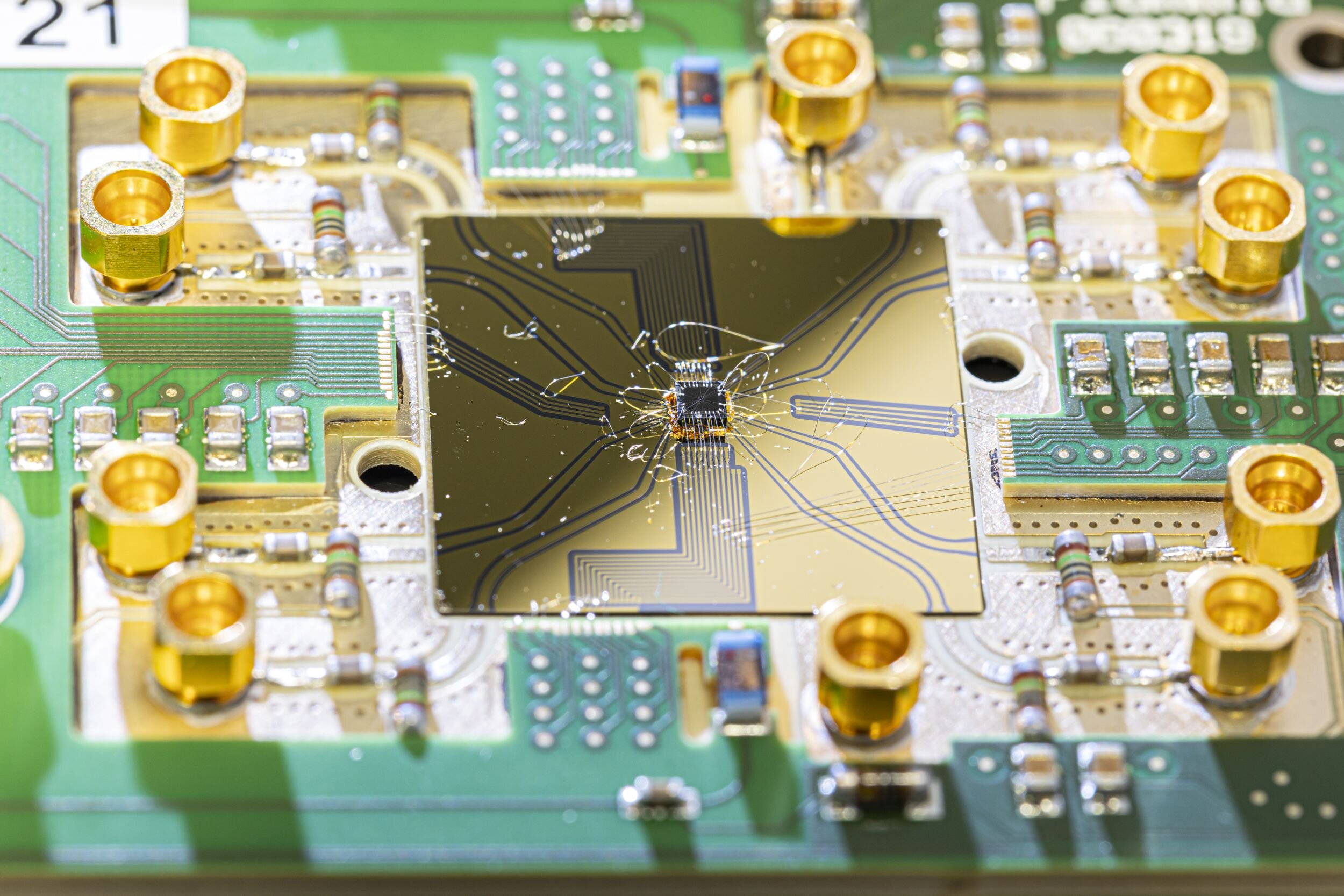 Quantum computers have the potential to greatly exceed the capabilities of conventional computers for certain tasks. But there’s still a long way to go before they can help solve real-world problems. Many applications require quantum processors with millions of quantum bits. Today’s prototypes simply offer a few of these computing units.

“Currently, each individual qubit is connected via multiple signal lines to control cabinet-sized units. This still works for a few qubits. But that no longer makes sense if you want to put millions of qubits on the Because it’s necessary for quantum error correction,” says Dr. Lars Schreiber from the JARA Institute for Quantum Information at Forschungszentrum Jülich and RWTH University Aachen.

At some point, the number of signal lines becomes a bottleneck. The lines take up too much space compared to the size of the tiny qubits. And a quantum chip cannot have millions of inputs and outputs – a modern classical chip only contains around 2,000. With colleagues from Forschungszentrum Jülich and RWTH Aachen University , Schreiber has been researching for several years to find a solution to this problem.

Their general purpose is to integrate parts of the control electronics directly on the chip. The approach is based on so-called semiconductor spin qubits made of silicon and germanium. This type of qubit is relatively small. The manufacturing processes largely correspond to those of conventional silicon processors. This is considered advantageous when it comes to making very many qubits. But first, some fundamental obstacles must be overcome.

“Natural entanglement caused by particles just being close together is limited to a very small range, around 100 nanometers. To couple qubits, they currently need to be placed very close to each other. space for control electronics that we would like to install there,” says Schreiber.

To differentiate qubits, the JARA Institute for Quantum Information (IQI) came up with the idea of ​​a quantum shuttle. This special component should help exchange quantum information between qubits over greater distances. The researchers have been working on the “quantum bus” for five years and have already filed more than 10 patents. The research started as part of the European QuantERA Si-QuBus consortium and is currently continuing as part of the national project QUASAR of the Federal Ministry of Education and Research (BMBF) in collaboration with industrial partners.

“About 10 micrometers need to be bridged from one qubit to another. According to theory, millions of qubits can be made with such an architecture. We recently predicted this in collaboration with circuit engineers from the Central Institute of engineering, electronics and analysis at Forschungszentrum Jülich,” says Professor Hendrik Bluhm, director of the IQI Institute. Researchers from TU Delft and Intel have also come to the same conclusion.

An important step has just been taken by Lars Schreiber and his team. They managed to transport an electron 5000 times over a distance of 560 nanometers without significant error. This corresponds to a distance of 2.8 millimeters. The results were published in npj Quantum Information.

A key improvement: the electrons are driven using four simple control signals, which, unlike previous approaches, do not become more complex over longer distances. This is important because otherwise extensive control electronics would be required, which would take up too much space or could not be integrated on the chip at all.

This achievement is based on a new way of transporting electrons. “Until now, people have tried to steer electrons specifically around individual disturbances in their path. Or they’ve created a series of so-called quantum dots and let electrons jump from one of these dots to the other. Both approaches require fine tuning of the signal, which results in overly complex control electronics,” explains Lars Schreiber. interference. A few control signals are sufficient for such a uniform wave; four sinusoidal pulses are enough.”

As a next step, the physicists now want to show that the qubit information encoded in the electron spin is not lost during transport. Theoretical calculations have already shown that this is possible in silicon in certain speed ranges. The quantum bus thus paves the way for a scalable quantum computer architecture that can also serve as the basis for several million qubits.