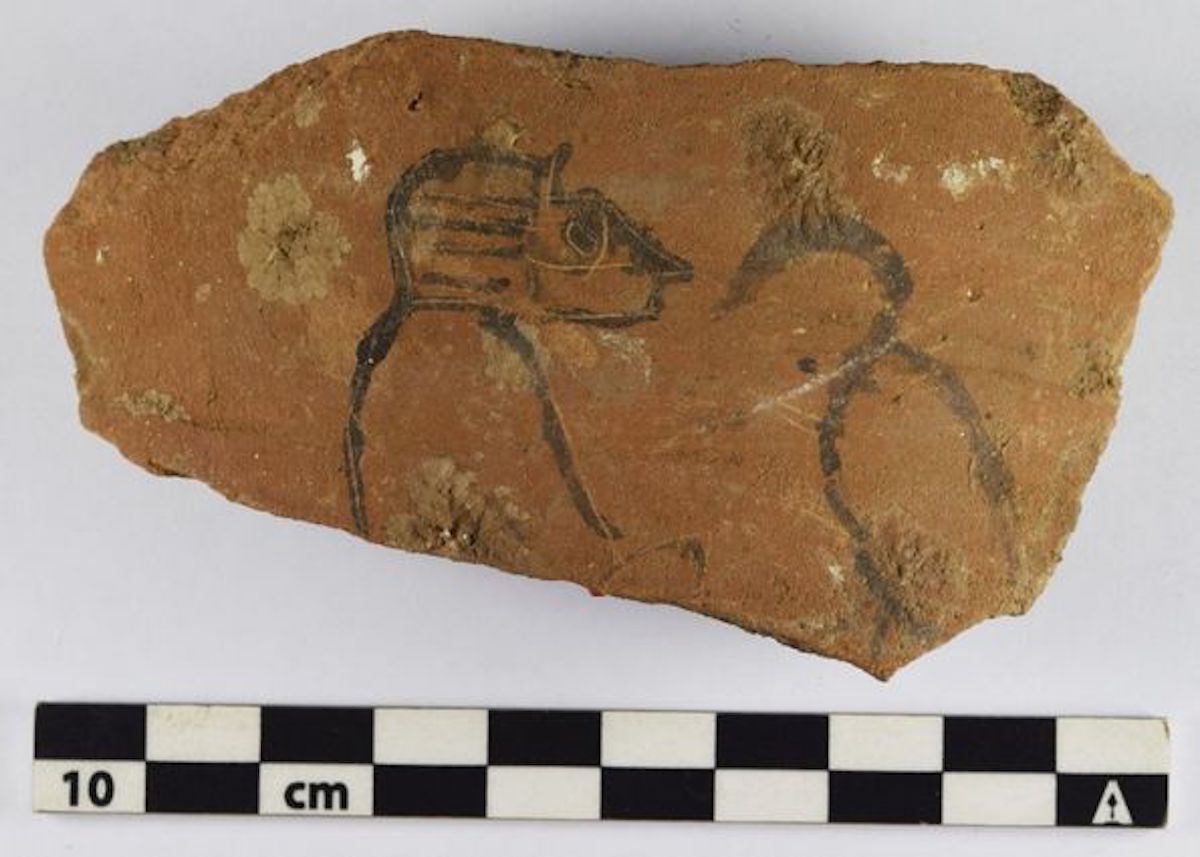 It is particularly rare for archaeologists to find complete artifacts, so the analysis of pieces of broken pottery and other ceramic works, called “shards”, is considered a kind of art in the field. It turns out that much can be gleaned from even the smallest relics, as demonstrated by the approximately 18,000 potsherds from ancient Egypt recovered from present-day Tell Atrib (ancient Athribis).

The shards are dated around 2,000 years ago and are of a type known as ostraca, which were used as everyday writing material. Lists of names, purchases of food and everyday objects, and even lines written by pupils as school punishment are among the texts inscribed in ink and reed or hollow stick (calamus) on the fragments. earthenware.

The discovery was made during excavations led by Professor Christian Leitz from the Institute for Ancient Near Eastern Studies at the University of Tübingen in cooperation with Mohamed Abdelbadia from the Egyptian Ministry of Tourism and Antiquities. In a statement, Leitz notes that many of the shards in the hoard may be from an old school.

“There are lists of months, numbers, arithmetic problems, grammar exercises and a ‘bird alphabet’ – each letter has been assigned to a bird whose name began with that letter,” said said Leitz.

Among the most startling finds are hundreds of ostraca that feature writing exercises, including a repeating pattern of the same or two same characters on the front and back surfaces. Archaeologists characterize these shards as samples of punishment, evoking the image of a Ptolemaic Bart Simpson reprimanded to disrupt the class.

Leitz also underlined the presence of so-called “pictorial” examples. “These shards show various figurative representations, including animals such as scorpions and swallows, humans, gods from the nearby temple, even geometric figures,” he added.

It is rare to find such a volume of ostraca, with only one precedent in Egypt, in the workers’ colony of Deir el-Medina near the Valley of the Kings in Luxor.

About 80% of the potsherds show the use of Demotic, the administrative script common to the Ptolemaic and Roman periods, but the second most common finds include Greek script, and the team also uncovered inscriptions in hieratic and hieroglyphic. Ostraca inscribed in Coptic and Arabic were also present, although rarer. The treasury shows the full range of the region’s incredibly long and varied history.

The ancient city of Athribis is located about 25 miles north of Cairo, and is the known birthplace of the famous architect and scribe Amenhotep, son of Hapu. Over the centuries, the city has seen Byzantine architecture, Ptolemaic bathhouses and industrial buildings, as well as Roman and Coptic Christian populations. Historical records indicate an 18th Dynasty temple to Amenhotep III, a 26th Dynasty temple to Ahmose II, as well as a huge church dedicated to the Virgin Mary in the 1200s. There is also a large temple built by Ptolemy XII, the father of the famous Cleopatra VII, whom the Egyptologists of The University of Tübingen has been working to discover since 2003.

This project is now complete and the temple, built around 2,000 years ago for the lion goddess Repit and his consort Min and later converted into a nunnery in 380 AD, is open to visitors. But excavation efforts continue, as layer upon layer of history is revealed.