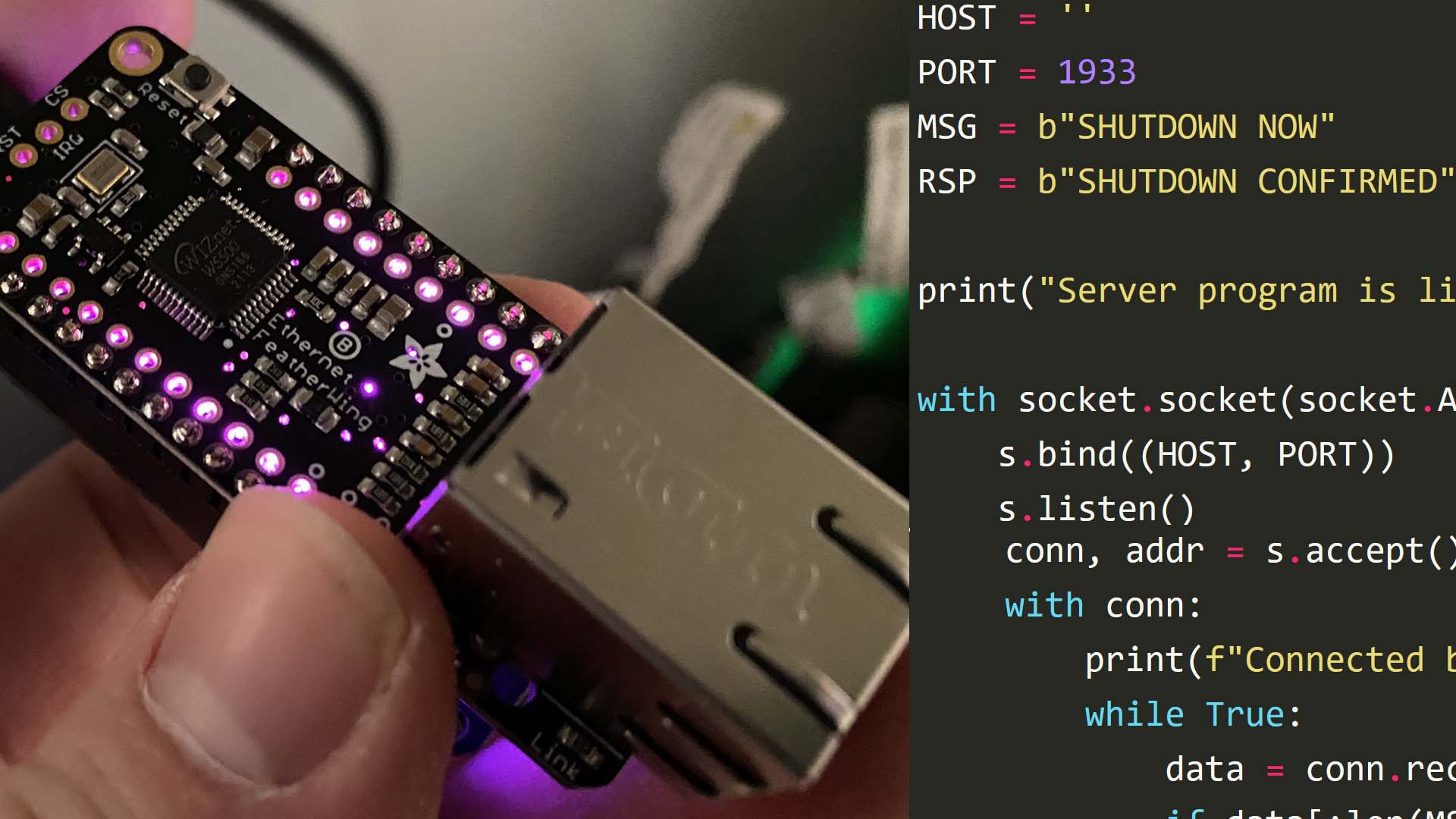 Flipping a circuit breaker to power up hundreds of desktop computers inside interactive museum exhibits isn’t ideal. Computers tend to get grumpy when shut down incorrectly, and there is a non-zero risk of data loss. However, financial concerns have ruled out commercial IT management solutions, and manually stopping each exposure at the end of the day is impractical. Tasked with finding a solution, [Jeff Glass] off-the-shelf UPS (uninterruptible power supply) hardware, a Featherwing, and Python to give the museum’s computerized exhibits a fighting chance.

Without drastically changing the one-touch end-of-day procedure, the only way to properly shut down the hundreds of computers embedded in the museum’s exhibits involved using multiple UPSs, keeping the PCs powered up briefly after the power went out. ‘power supply. This by itself doesn’t solve anything – while the UPS can trigger a safe shutdown via USB, this signal can only be received by a single PC. These are off-the-shelf consumer units that were never designed to safely shut down more than one computer at a time. However, each 300 watt UPS unit is fully capable of powering multiple computers, the only limitation being the shutdown signal and single USB connection.

While many computers can be enabled to boot in the event of a power outage, UPS and safe shutdown scripts meant this was not an option. As a workaround, an ESP32 Featherwing and a bit if CircuitPython code automatically sends WOL (wake-on-LAN) signals over Ethernet on power-up. This unit is powered from an AC outlet without an inverter, which means it only sends the WOL signal in the morning when AC power is restored via the circuit breaker.

There are undoubtedly a variety of alternative solutions that look “better” on paper, but these can mask the potential costs and disruption of a multi-acre museum. Working within the bounds of reality means that the less obvious solution often ends up being the right one. How would you have tackled this problem? Sound off in the comments below. And while you’re here, be sure to check out our coverage of other UPS solutions, like this UPS supercap.