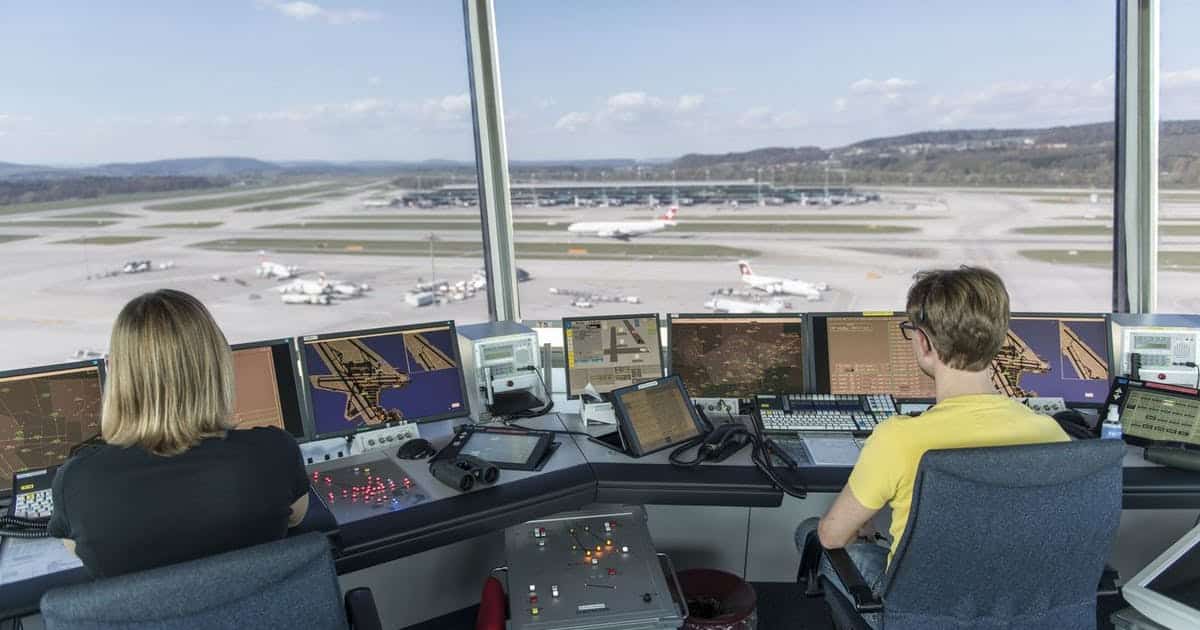 An air traffic controller in the tower of Zurich Kloten airport.

Skyguide boss Alex Bristol has expressed regret over the damage to the company’s image and the consequences for passengers.

Shortage of air traffic controllers: Very few young people are enthusiastic about a job in a control tower.

Skyguide’s air traffic control training allowance will be doubled to attract young professionals. The salary of apprentices in the first year will be increased from 2,000 to 4,000 francs per month.

Going forward, anyone training to become an air traffic controller with SkyGuide will receive twice as much pay as their predecessors during their training. To make the job more attractive, the company increased apprentice salaries from 2,000 to 4,000 francs per month for the first year. This is due to the impending staff shortage in air traffic control.

Not all apprenticeship positions are filled

Skyguide trains 50 students per year. Not all places have been filled for the next year of training, which begins in September. For example, in French-speaking Switzerland, only five are starting their training, while there are still 16 vacancies.

“The trend is general in Europe, but particularly evident in French-speaking Switzerland,” Skyguide boss Alex Bristol told media in Geneva on Thursday. “Dipl. Air Traffic Control Officer HF” lasts two and a half years and requires a high school diploma or apprenticeship. Students must also not exceed 30 years of age.

Pierre-tienne Leveque, head of the Western air traffic control centre, explains that the lack of interest is sometimes caused by a reluctant Generation Z or language problems. Future air traffic controllers complete their first year of training in English at the center in Dübendorf ZH. The training lasts about three years.

The air traffic controller was responsible for the disaster

However, the job also comes with a lot of responsibility. Any mistake can end in disaster. For example in Berlin in Germany in 2002. An airliner collided with a cargo plane more than eleven kilometers above Lake Constance. All 71 passengers, including 41 children, died.

It was later revealed that technical faults and human error in the Skyguide caused the accident. There is currently an air traffic controller at the Zurich control center who is solely responsible for the southern German airspace and whose radar and telephone functions are limited due to maintenance work. The man realizes too late that an accident is imminent.

The wandering controller was stabbed to death in 2004 by a bereaved relative. The criminal had lost his wife and children in the accident. The crash and subsequent murder of the air traffic controller made headlines around the world.

SkyGuide’s disbandment last month also grabbed the headlines, albeit of a different kind altogether. Operations stopped on the morning of June 15 due to a technical problem. The result was a complete air traffic control failure and a temporary closure of Swiss airspace.

Although the five-hour system outage was excruciating, it did not have a major financial impact on SkyGuide. The company suffered a loss of earnings linked to the disruption of air traffic, but did not have to pay financial compensation to the airlines.

The damage caused a total delay of 15,365 minutes on the whole of the European network, while the daily average is 120,000 minutes, put Bristol into perspective.

SkyGuide can now look back on the company’s long history. Swiss air traffic control has existed for 100 years. It was originally founded as Marconi Radio AG to develop wireless telegraphy. Six years later, it became Radio Schweize AG, where it was commissioned by the federal government to manage air traffic control. The company owned by the Swiss Confederation has only had the name Skyguide for 20 years.

(with hardware from SDA)