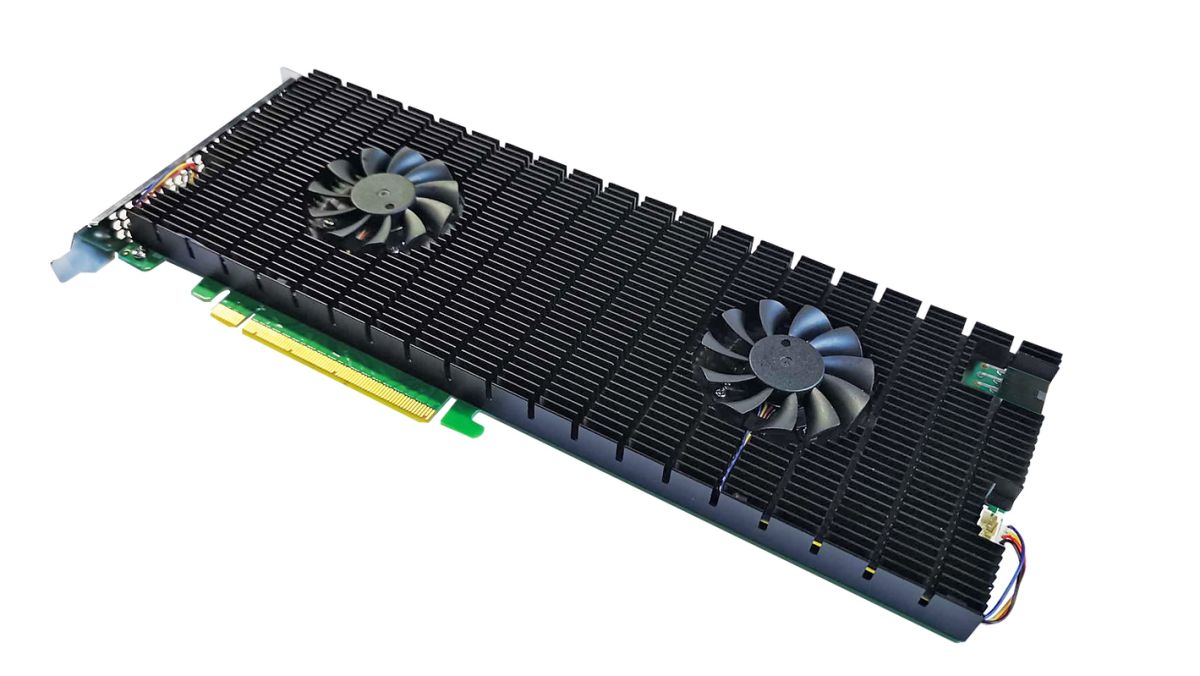 As reported by TechPowerUp, HighPoint has announced two new M.2 NVMe RAID controller cards, with support for up to 64TB of storage and speeds of up to 28,000MB/s on the top-end model. These would make a great pairing with the best SSDs on the market. The two announced models include the SSD7140A with Gen3 x16 support and the SSD7540 with Gen4 x16 support. Pricing starts at $729 for the Gen3 model.

As the name suggests, both cards are designed to handle massive M.2 RAID arrays, including RAID 0, 1, and 10. RAID 0 mirrors everything for maximum speed, RAID 1 mirrors every data drive as backup solution, and RAID 10 does a mix of the two. Both controllers also offer JBOD capabilities, which don’t increase speed or data integrity, but give you access to a single large drive.

While the controllers offer up to eight M.2 storage slots, only four (fast) drives are needed to get the maximum bandwidth output from each card. Each M.2 SSD uses four PCIe lanes, and each card maxes out at 16. The additional four M.2 slots are there for extra capacity, and with slower SSDs you can still hit the maximum theoretical throughput.

The controllers support both Windows and Linux bootable capabilities, which is ideal for users who want to use an M.2 RAID array as their primary storage solution.

Both cards are quite massive, with the length and height of a high-end graphics card to accommodate all eight M.2 storage slots. Both cards measure 11.22″ x 4.37″ x 0.83″ (285 x 111 x 21mm). The cards feature a solid black heatsink that runs the full length of the card, helping to keep M.2 drives cool.The heatsinks are aided by twin “ultra-durable and near-silent” fans of unknown size, but they appear to be in the 40mm range.

The SSD7140A is the weaker of the two solutions, with a maximum speed of 14,000 MB/s thanks to its PCIe 3.0 interface. The SSD7540 doubles that with up to 28,000MB/s thanks to PCIe 4.0. However, if you want even more bandwidth, you can pair two cards in a “Cross-Sync” configuration – provided your motherboard supports x16 twin configurations, naturally.

This gives users double the bandwidth of each controller, with the Gen3 variant running at up to 28,000MB/s and the Gen4 model hitting 55,000MB/s. (Apparently there’s some rounding off so this isn’t not 56000 MB/s.)