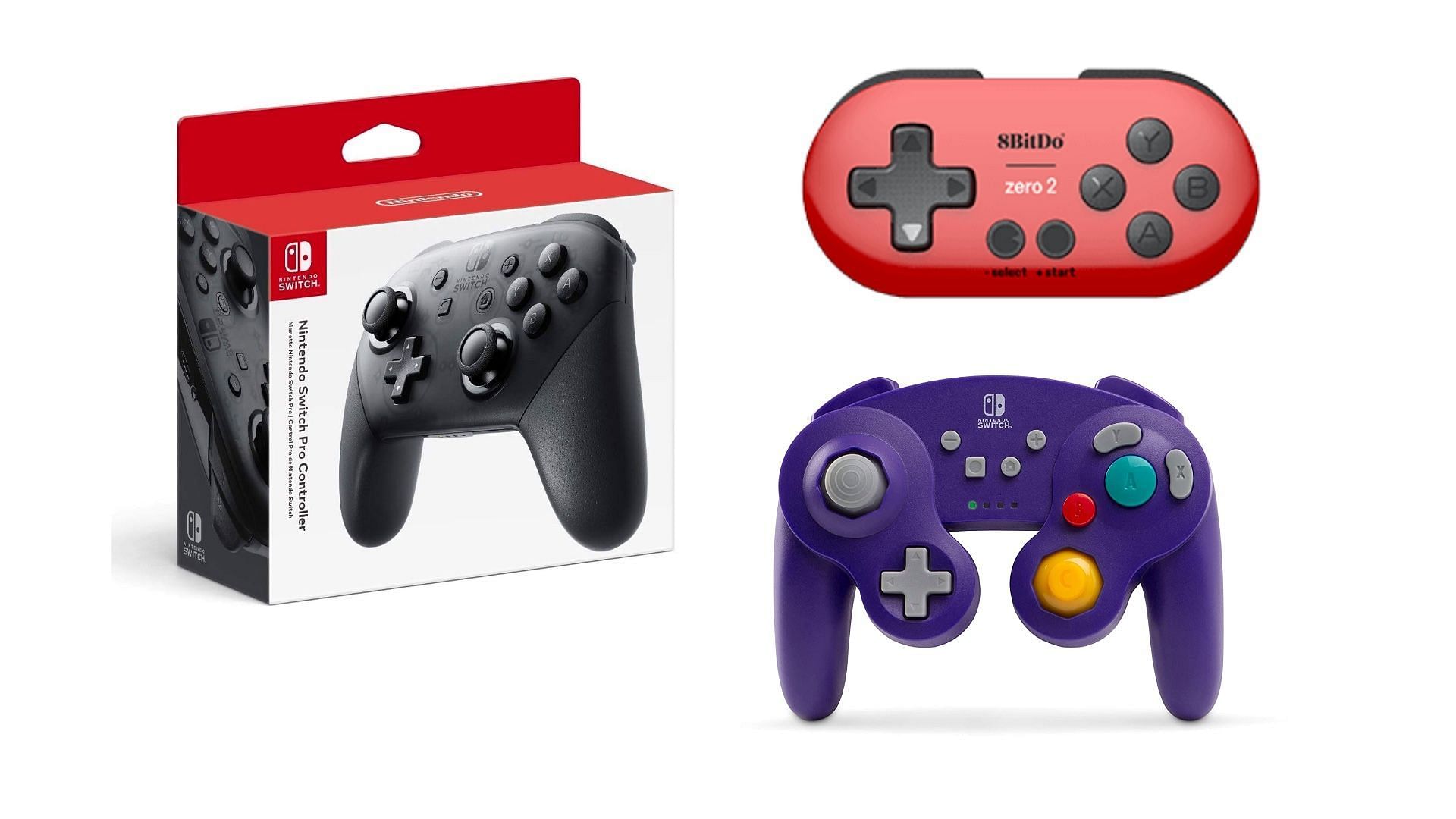 The Nintendo Switch has been the most charming console to come out recently. For Nintendo fans, it’s a must-have console, thanks to its hybrid nature. It can be your home console and portable gaming device when you’re on the go.

The removable JoyCons were an ingenious move by Nintendo because you can literally switch (pun intended) to a different mode in seconds. It came across as incredibly charming to all buyers, young and old.

In portable mode, the Switch is quite comfortable. However, the buttons are small and difficult to press if you have large fingers. Handheld is still better than the default docked mode because you have to attach both JoyCons to the controller grip that comes in the box. It’s not very comfortable for long sessions.

Nintendo released the Switch Pro Controller for games like The Legend of Zelda Breath of the Wild. Gradually, a few more options are to hit the market, offering comfortable grip, value, and design. To help you choose a controller, we’ve listed some reliable options for you.

The Nintendo Switch Pro Controller is the CHAMPION of battery life. I played 30 hours of Triangle Strategy on ONE CHARGE. Give this gamepad its roses. 🌹🌹🌹 https://t.co/vojFVFFbXE

The overall design is ergonomically well thought out, with subtle curves, a solid grip, and well-placed triggers. The knobs don’t stick at all. In fact, the Pro Controller thumbsticks offer precise movement that rivals even the best controllers like the Xbox Elite 2.

It’s the best possible controller you can buy for your Switch, but at a steep price. This is a first-party accessory from Nintendo, so it’s built to last and offers great compatibility with third-party services like Steam on PC.

If you’re looking for a controller that brings a dose of nostalgia, buy the GameCube Style Wireless Controller from Power A. This controller should be a big hit with the GameCube console’s huge fanbase. It is an officially licensed Nintendo product.

Not only is this controller extremely comfortable for games like Super Smash Bros Ultimate, it also comes with motion controls and Bluetooth 5.0. Whether it’s Beat ’em ups or JRPGs, this controller should help you conquer most genres.

The controller takes AA batteries for power and lasts up to 30 hours. This is akin to the battery performance provided by the Xbox controller. For people who want a cheaper alternative, Power A makes the same controller but wired and without motion controls for a fraction of the cost.

Design-wise, it mimics the Nintendo Switch Pro controller, with similar grip and textures when it comes to the black colorway.

It provides gamers with additional back buttons that can be programmed according to their needs. Having back buttons has often been considered an underrated feature, especially for JRPGS like Astral Chain, which requires perfect combos.

PowerA decided to cut costs by not including HD Rumble, NFC for Amiibos and an infrared sensor. Still, that shouldn’t stop you from buying what is a remarkably good controller for the Nintendo Switch.

The Nintendo Switch is very popular at parties. Many couch co-op games like Mario Party Superstars and the legendary Mario Kart 8 Deluxe have become the go-to party options.

At times like these, having access to passable little controllers makes a lot of sense. It has a footprint similar to what a traditional Joy-Con would take up while offering a comfortable set of buttons and grip.

The highlight has to be the savings compared to investing in multiple Joy-Cons. For the price of two Joy-Cons, you can buy four.

For fans of retro design aesthetics, the 8BitDo Pro 2 offers a unique proposition. It reminds you of the classic SNES days with a flat top and ergonomic curves. The gray color exudes nostalgia.

This Nintendo Switch controller has a battery that lasts about 20 hours. It also has two programmable back buttons for when you’re in the mood for some competitive games like Splatoon.